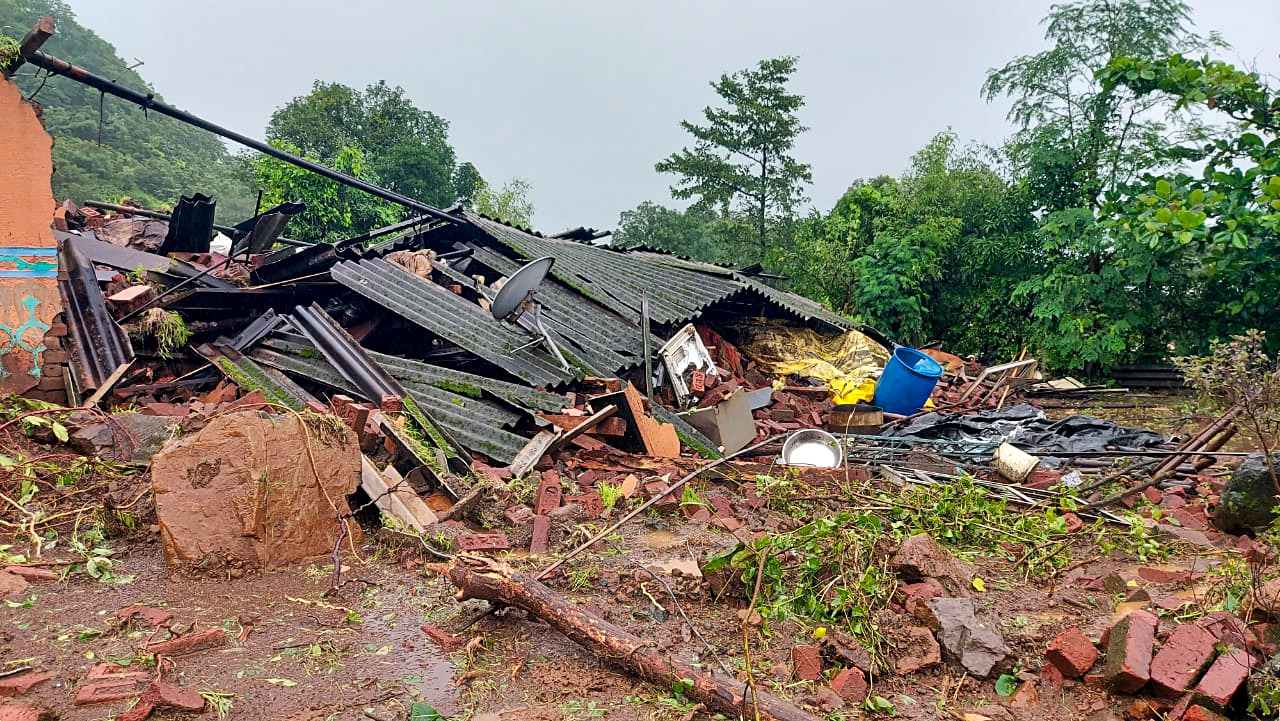 Mumbai: Chief Minister Uddhav Thackeray on Friday said the situation is alarming in flood-hit districts and it will remain so for the next few days, as per weather bureau’s forecast. He said the administration’s priority is to rescue those stranded in the floods, shift the residents of low-lying areas and provide relief. Evacuation of people from hilly areas from the rain-affected Konkan and other districts is underway on a war-footing.

The worst-affected districts include Raigad, Ratnagiri, Palghar, Thane, Sindhudurg, Kolhapur, Sangli and Satara. Due to discharge of water from Koyna dam in western Maharashtra, an alert has been sounded in Sangli and Kolhapur.

Meanwhile, deputy chief minister Ajit Pawar spoke to Defence Minister Rajnath Singh and urged him to deploy personnel from the army, navy and air force for rescue operations. Singh has assured all possible help. The relief and rehabilitation principal secretary Aseem Gupta has been appointed as a nodal officer to coordinate with the Ministry of Defence.

The Indian Air Force (IAF) has deployed a Mi-17 IV helicopter in Ratnagiri. It is also positioning two Mi-17V5s and two Mi-17s for flood relief operations. Another helicopter was flown in from Mumbai. A National Disaster Response Force (NDRF) team of 10 personnel with around one-tonne load of relief supplies has also been flown in by the IAF to Ratnagiri. On Friday, a helicopter from Ratnagiri carried out reconnaissance and rescued two people. Another one is on standby at Pune.

Thackeray said the residents of hilly and landslide-prone areas in the rain-ravaged Konkan region are being evacuated. Expressing grief over the loss of lives in Raigad, he appealed to people to cooperate with the local administration in the evacuation process. In the backdrop of the IMD forecast of heavy rainfall for the next two days in several parts of the state, he asked people to be alert.

He said, “I don’t think anyone can predict cloudburst and landslides. We have to change the definition of some words. It is raining beyond the extremes. There is an unexpected crisis. There are landslides, and flood waters are rising. The Prime Minister called me and promised cooperation. The Army, Air Force, Navy and the NDRF are undertaking relief and rescue works.”

The CM asked the authorities to ensure distribution of food, water, medicines and clothes to displaced people.

He said the flood-affected districts of western Maharashtra top the list of coronavirus cases and rescue operations should be in compliance with Covid-19 protocols, especially the use of face masks. 'City seems so dark and gloomy': Heavy rain reaches Pune amidst floods in other Maharashtra...