Says her ailments were not of serious nature and that authorities at the Byculla prison were capable of attending to Bharadwaj's medical needs.
Agencies 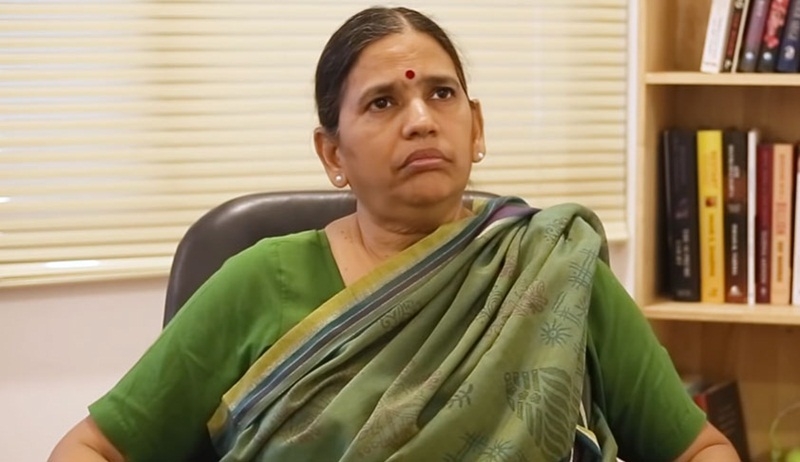 The National Investigation Agency (NIA) on Monday opposed the bail plea of activist Sudha Bharadwaj, arrested in the Elgar Parishad-Koregaon Bhima case, in the Bombay High Court saying her ailments were not of serious nature.

The NIA also said authorities at the Byculla prison were capable of attending to Bharadwaj's medical needs.

After hearing arguments from the NIA and Bharadwaj's counsel, the HC directed the Maharashtra government to submit the latest health report of the activist.

Appearing for the NIA, Additional Solicitor General (ASG) Anil Singh told a bench led by Justice Amjad Sayed that Bharadwaj had been denied bail on merits on previous occasions.

He said the plea of Bharadwaj, 58, seeking bail on the ground that she might contract coronavirus infection in the prison, should not be allowed by the court.

Bharadwaj's counsel Ragini Ahuja had earlier told the HC that the activist had been in jail for over two years.

Ahuja said Bharadwaj had comorbidities that put her at a higher risk of contracting the virus.

Earlier this month, the Byculla prison authorities had submitted a report in the HC stating that Bharadwaj was diabetic and suffered from ischemia, a heart condition, but that her vital parameters were normal.

The HC, however, pointed out that a bench led by Chief Justice Dipankar Datta had presided over a PIL filed by the People's Union for Civil Liberties (PUCL) and had sent detailed guidelines for prison authorities across the state to ensure the safety of inmates in light of COVID-19.

"The prison authorities are bound to follow the guide so what remains in your petition?" the bench asked.

The NIA too argued that the PUCL order had taken care of all the grievances raised by Bharadwaj in her plea.

"These are not serious ailments. As and when she complains, she is attended to, by medical authorities. And the prison authorities are following all ICMR guidelines on maintaining social distancing and also other safety measures," ASG Singh said.

Ahuja, however, argued the Byculla prison was severely over-crowded, and it was impossible to follow the guidelines there.

At this, the bench directed the Maharashtra government to submit Bharadwaj's latest health report and an affidavit within a week clarifying how it proposed to implement safety guidelines and the court's PUCL judgement in the Byculla prison to protect inmates.

Bharadwaj had approached the HC after a special court in the city rejected her plea seeking bail on medical grounds on May 29 this year.

The case pertains to caste violence that took place near the Koregaon Bhima war memorial in Pune district on January 1, 2018, following alleged provocative speeches at Elgar Parishad conclave at Pune a day earlier.