MVA, which is a divided house amid widening rift among the Shiv Sena, NCP and Congress, faces a huge challenge to keep its flock together and thereby avoid cross voting. On its part, BJP will go the whole hog to encash the differences among the three parties for winning three candidates. MVA insiders did not rule out rampant horse trading.

The election for six Rajya Sabha seats from Maharashtra will not be unopposed as BJP has fielded three candidates. BJP, which is stepping up attacks against the Shiv Sena led Maha Vikas Aghadi government, proposes to lure disgruntled legislators and thereby mobilise the adequate votes. Central BJP leadership has accepted the state unit’s proposal to checkmate MVA by fielding three nominees. The last date for filing nominations is May 31 while the polling is slated for June 10.

MVA, which is a divided house amid widening rift among the Shiv Sena, NCP and Congress, faces a huge challenge to keep its flock together and thereby avoid cross voting. On its part, BJP will go whole hog to encash the differences among three parties for winning three candidates. MVA insiders did not rule out rampant horse trading.

BJP has renominated the union minister Piyush Goyal and also gave candidatures to former minister Anil Bonde and former MP Dhananjay Mahadik. Goyal’s renomination was merely a formality but Bonde has been awarded for firing salvos against the MVA government. Bonde, who was agriculture minister in the BJP led government, hails from Vidarbha region which has become BJP’s bastion following the fall of the Congress party.

Mahadik, who was a former NCP MP migrated to BJP ahead of 2019 general elections, hails from the sugarcane rich Kolhapur district. He was picked up when Shiv Sena dumped Chhatrapati Sambhajiraje and gave nomination to Sanjay Pawar who is the Kolhapur district chief.

Although BJP national secretary Vinod Tawde’s name was doing the rounds for the nomination, he has not been considered.

State BJP chief Chandrakant Patil had said, ‘’ If the central leadership instructs us, we will field a third candidate and win that seat as well. Going by the strength in the Assembly, two candidates of BJP can win easily."

Shiv Sena has nominated Sanjay Raut for the fourth successive term while party’s Kolhapur district chief Sanjay Pawar has been picked up by the party president and Chief Minister Uddhav Thackeray. Raut and Pawar have already filed their nominations on May 26. Raut has repeatedly said the party will contest the second seat and win it banking on its surplus votes and transfer of excess votes by allies NCP and Congress.

NCP has renominated former union minister Praful Patel who will file his nominations on Monday.

As far as Congress is concerned, the party has nominated Mohammad Imran Pratapgarhi, who is an Urdu language poet known for his protest poetry and Congress youth leader from Uttar Pradesh. It has not considered other front runners including former union ministers Mukul Wasnik and Milind Deora. Wasnik has been the member of the now fallen G23 group of disgruntled Congress leaders.

In the 288-member Maharashtra Legislative Assembly, the Maha Vikas Aghadi has support of 168 legislators comprising Shiv Sena (55), NCP (53), Congress (44), other parties (8) and independents (8).

In the case of the BJP, which has 106 legislators, it has the support of one legislator each of Jan Surajya and Rashtriya Samaj Paksha and five independents. Together, the BJP has a strength of 113 legislators.

The quota is 41.01 votes for the election of one candidate. 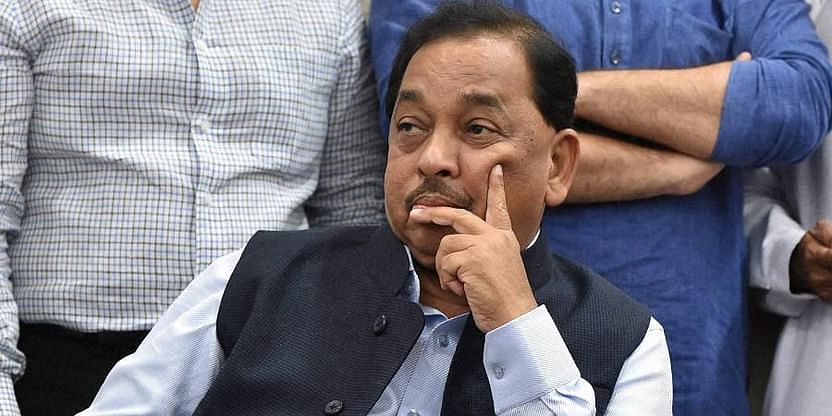