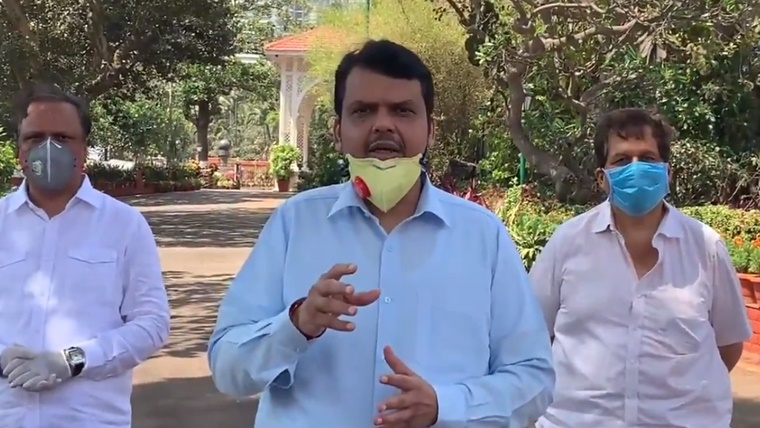 Senior BJP leader and former Maharashtra Chief Minister Devendra Fadnavis on Tuesday met Maharashtra Governor Bhagat Singh Koshyari claiming there was an undeclared emergency in the state and that journalists were being terrorised by the Uddhav Thackeray government.

Taking to Twitter, Devendra Fadnavis wrote: "Our delegation called on Hon Governor Shri BhagatSingh Koshyari ji to highlight how State Government is suppressing freedom of expression and pressurizing the media."

Devendra Fadnavis, who is leader of the opposition in Maharashtra Assembly, was accompanied by Pravin Darekar, Ashish Shelar, Vinod Tawde, and Mangal Prabhat Lodha.

Fadnavis shared a video in which he claimed that ABP Majha journalist Rahul Kulkarni was arrested in connection with a migrant mob gathering in Bandra during lockdown on April 14 because he had exposed a letter given by a state government official to scam-accused DHFL promoters Wadhawans allowing them to travel from Mumbai to Satara during lockdown.

He alleged that since the case was filed in Mumbai, the arrested journalist was made to travel through COVID-19 hotspots from Osamanabad to the metropolis. Fadnavis also said that a case had also been filed against a Times Now journalist for a news report. The former CM claimed the media can be asked to clarify a negative news report but filing cases and arresting them amounts to terrorising the media. Fadnavis also pointed out that journalist Arnab Goswami was grilled for 12 hours by the police in connection with a news programme he hosted.

He also said that those speaking out against the state government on social media are also being harassed, adding that even distribution of newspapers was being curtailed in the name of a health threat. The former CM urged governor to intervene and seek a response from the state government. 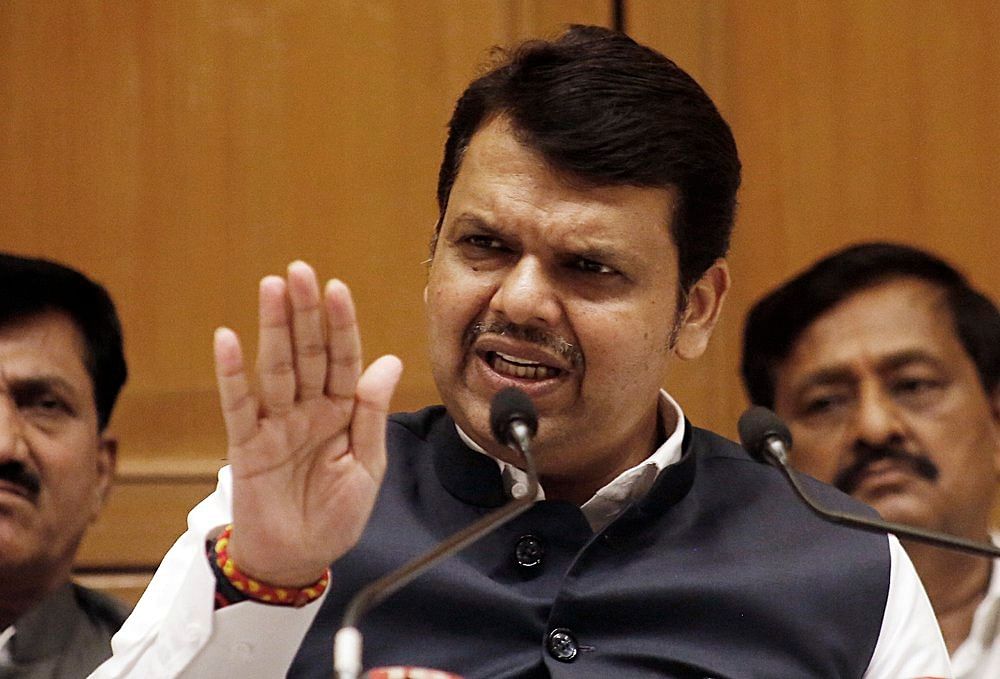