Pakistan authorities had, on Friday, said their maritime security agency arrested 16 Indian fishermen and seized two trawlers on September 27 "for being "well inside Pakistani waters"

Indian fishermen display their names and vaccination cards while waiting for transport to leave for their homeland following being released from jail, in November, 2021 (Representative Image) | AP
Follow us on

Palghar: Communist Party of India (Marxist) MLA from Dahanu in Palghar Vinod Nikole on Sunday said seven of the 16 Indian fishermen arrested by Pakistan authorities earlier this week are from the district and sought the intervention of the Maharashtra government for their release.

Pakistan authorities had, on Friday, said their maritime security agency arrested 16 Indian fishermen and seized two trawlers on September 27 "for being "well inside Pakistani waters" and, thereby, violating "Pakistani Law and UN Convention of Law at Sea". 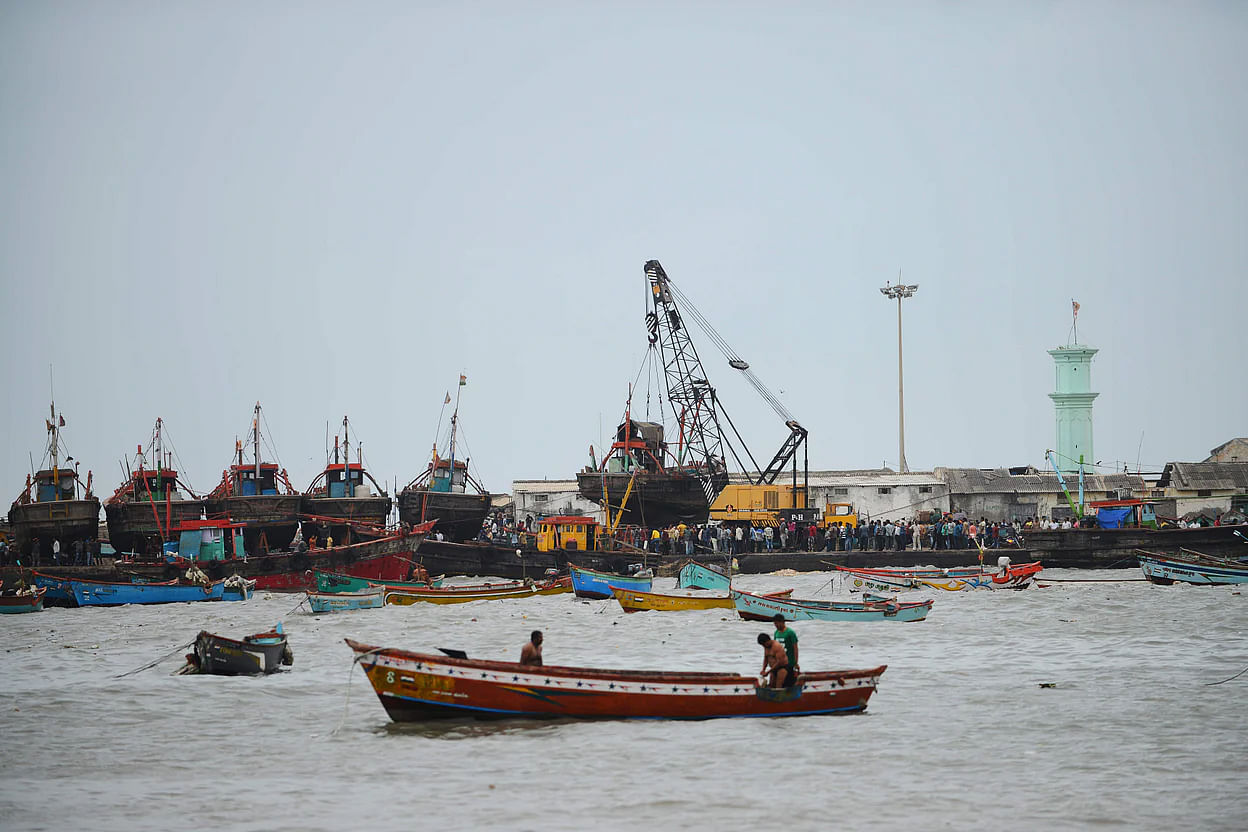 Their Maritime authorities had further said the apprehended fishermen had been handed over to Docks Police in Karachi for legal formalities.

"Two fishing boats, Pusti Krupa and Matsyagandha-9, with 16 fishermen on board have been detained by Pakistan agencies. Seven are from Asavali village in Dahanu in Palghar. The state government must take the matter seriously and intervene to speed up their release," he said.

He said he had written to Maharashtra Chief Minister Eknath Shinde on the issue because often these fishermen end up in Pakistan jails for years.

Pakistan and India regularly arrest rival fishermen for violating the maritime boundary, which is poorly marked at some points.