Criminal always has the fear of getting caught: BJP on Nawab Malik's allegations of being implicated in false case After Maharashtra Minister Nawab Malik alleged that some people are trying to frame him in a false case, Bharatiya Janata Party (BJP) spokesperson Prem Shukla on Saturday said that there is always a fear of getting caught in the mind of the criminal.

Speaking to ANI, Shukla said, "There is always a fear of getting caught in the mind of the criminal. If someone is following him, then whose government is in Maharashtra? Who has the Home Ministry? Instead of posting it on Twitter, why can't he complain to the Home Minister or police commissioner to initiate an investigation? It simply shows that Nawab Malik now knows that the way action was taken against Anil Deshmukh on the orders of the High Court, in the coming days, his pot of sins is also going to explode." Malik had earlier alleged that some people are trying to frame him in a false case just like they did with former Maharashtra Home Minister Anil Deshmukh.

The NCP leader had said, "While I was on a trip abroad, some people caught two persons in a car, taking pictures. It was found that one of them has been writing against me on his Koo handle. He is usually seen wherever I go to the authorities or submit documents." "We will give his information to Mumbai Police Commissioner and ask for a probe. I have multiple pieces of evidence against many conspirators. People are framing me like they framed Anil Deshmukh. It is not like we are scared, but what is the intention?" he added.

Malik had earlier shared photos on Twitter of some people who were allegedly "doing a recce of his house".

"These people riding in this car have been doing 'recce' at my house and school for the last few days. Let me know if anyone recognizes them. To those in the picture, I want to say that if they need any information from me, I will give it to them," he had tweeted on Friday.

Anil Deshmukh was arrested earlier this month by the ED for his alleged role in a money laundering case and is currently in jail under judicial custody. 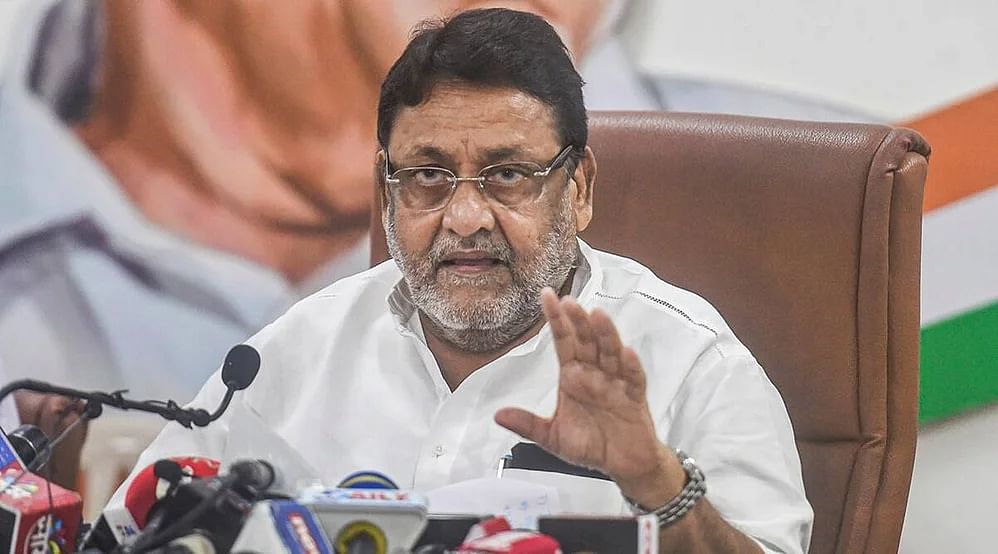 Conspiracy to trap me like Anil Deshmukh, will complain to Amit Shah: Nawab Malik