COVID-19 in Mumbai: BMC to study why four city wards had lowest cases

The BMC will conduct a study on why four wards of the city have low Covid-19 numbers per lakh cases compared to other wards.

According to the dashboard, four wards which include B, C, L and M east wards have the reported lowest Covid-19 cases since pandemic started. They will be taking help from several agencies such as the IIT department and other institutes, ward officers, health officers of each ward and have directed them to start gathering all details required for the study. BMC officials said the main reason to conduct the study is to understand what factors contributed towards low cases in these wards.

Suresh Kakani, Additional Municipal Commissioner, said the four wards are B (Masjid Bunder, Mohd. Ali Road, Dongri and Bhendi Bazar), C (Pydhonie, Girgaon), L (Kurla) and M east (Deonar, Gowandi) where number of cases per lakh cases are very less. They want to know the reasons behind low cases. They had conducted a survey ‘My Family My Responsibility’ through which they have made a health report of each Mumbaikars which will be now used for the study and see how they are interlinked. “We have been using the same protocols, preventive measures and steps to control the spread of SARS-CoV-2 virus in the city due to which we have yielded good results. But there are some wards where cases have been highest compared to other wards. Although cases are declining, there is a possibility of a surge in the third wave. The study will help us understand the factors which can be used in other wards to curb the cases,” he said.

Kakani said the main reason behind the study is to have brief knowledge about all aspects. They have tied up with the Mumbai University, Institute of Information Technology (IIT) and many other institutes to which the civic body will assign a topic which includes 'management and medical' on which they have to work. “We want to figure out whether low testing, good immunity, timely treatment and tracking contact tracing has helped for the lowest cases or some other factors which has played a vital role in it,” Kakani added.

Senior health officials from the BMC health department said they have been asked to collate all data of the wards selected for the study. “We are taking help from everyone so that the study can be done faster before the third wave starts. It is the first time we are doing such studies which will be a benchmark. For now, the Dharavi and Mumbai model are being praised as cases have dropped drastically. With the study we will be able to reduce cases more in future,” he said. 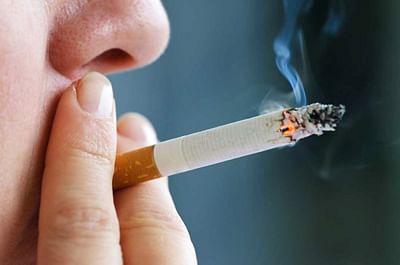 HomeMumbaiCOVID-19 in Mumbai: BMC to study why four city wards had lowest cases