COVID-19 in Mumbai: BMC collects over Rs 75 crore in fines from people not wearing face masks, Rs 72 lakh for spitting in public places 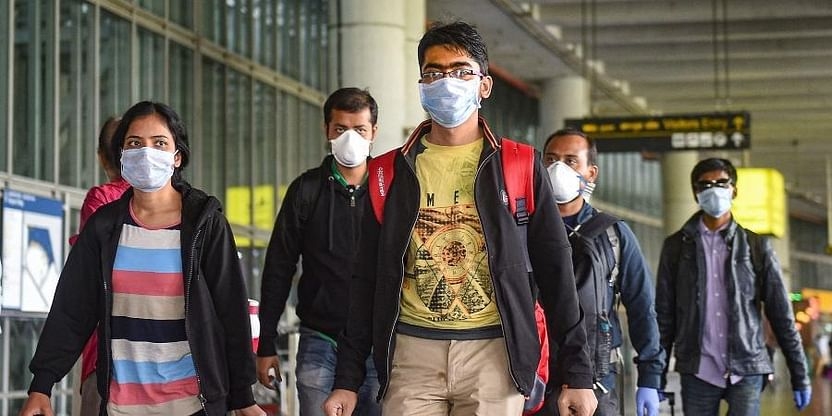 The Brihanmumbai Municipal Corporation (BMC) till October 11, 2021 has collected over Rs 75 crore in fines from people for not wearing face masks in public places amid the COVID-19 pandemic.

The civic body has also collected over Rs 72 lakh from people for spitting in public places.

According to the latest figures, the BMC has collected a fine of Rs 75,64,63,800 from people for not wearing masks, which is inclusive of the fines collected by the Mumbai Police and Railways. 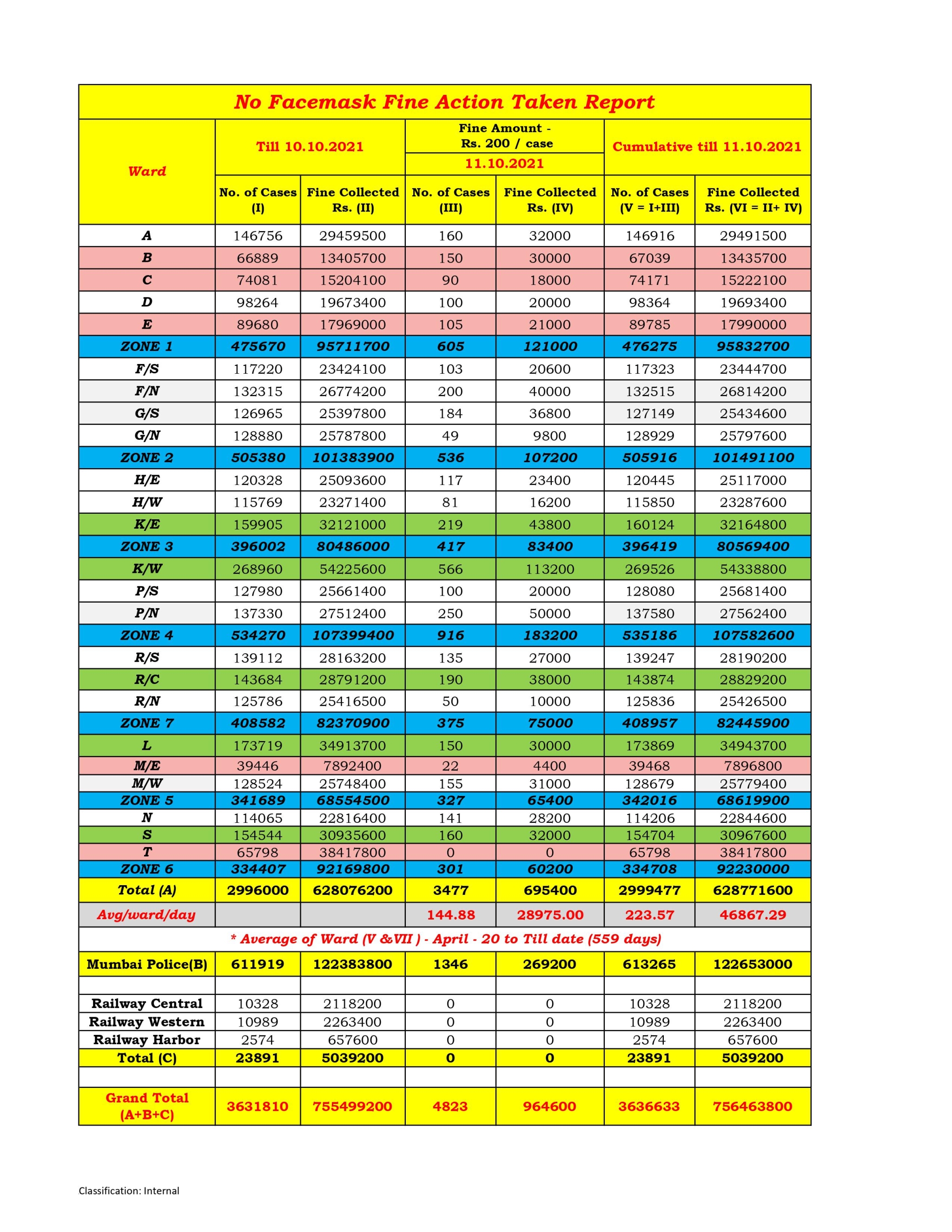 Moreover, till October 11, 2021, the Brihanmumbai Municipal Corporation (BMC) has collected a total of Rs 72,75,900 for spitting in public places. 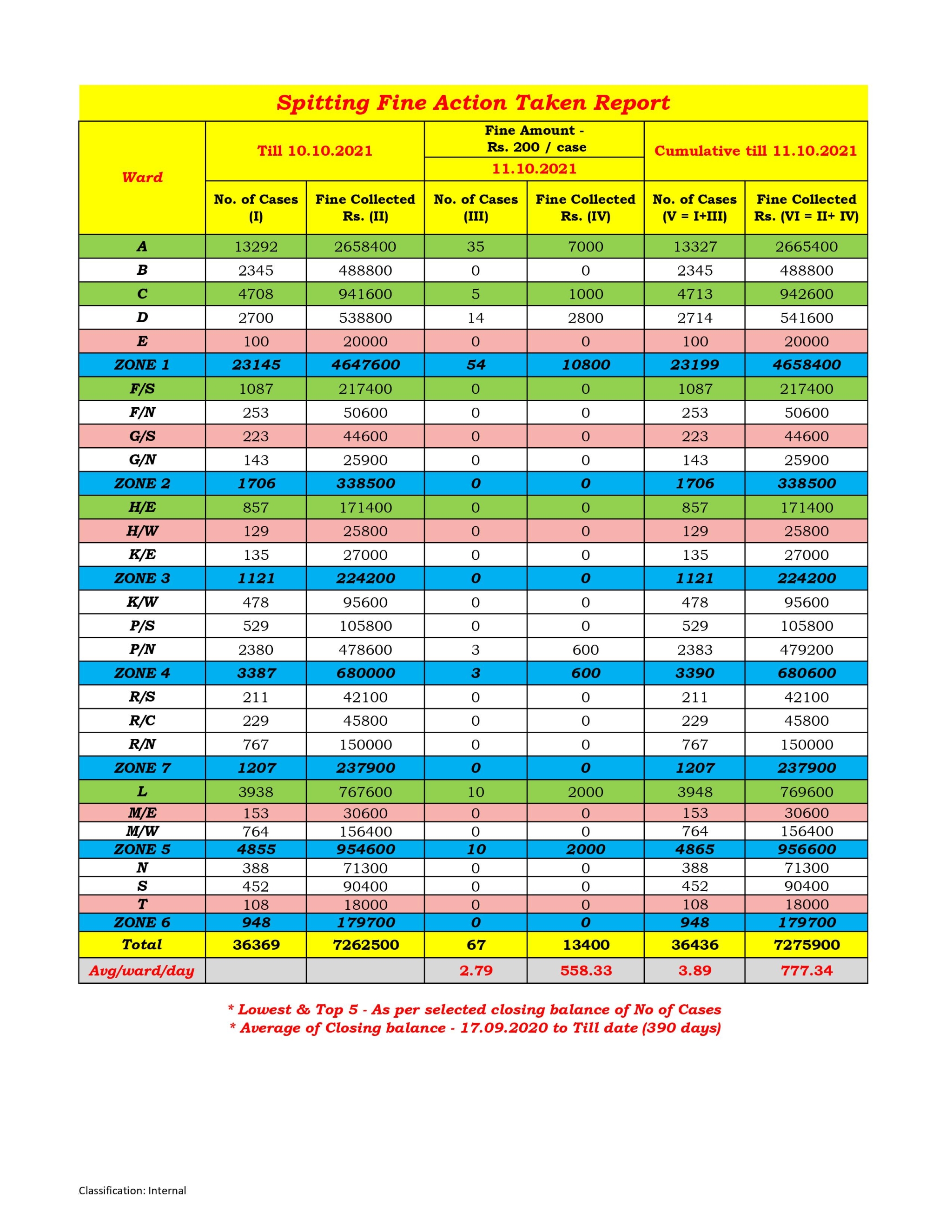 City recorded 4 deaths due to coronavirus on Monday, which pushed its fatality count to 16,162 as per data released by the city's civic body.

Meanwhile, the doubling rate on Mumbai has increased to 1096 days, while the weekly growth rate has retained at 0.06 percent.

There are total 0 containment zones in the city and 56 buildings have been sealed as per today's data. Recovery rate of Mumbai district has increased to 97 percent. 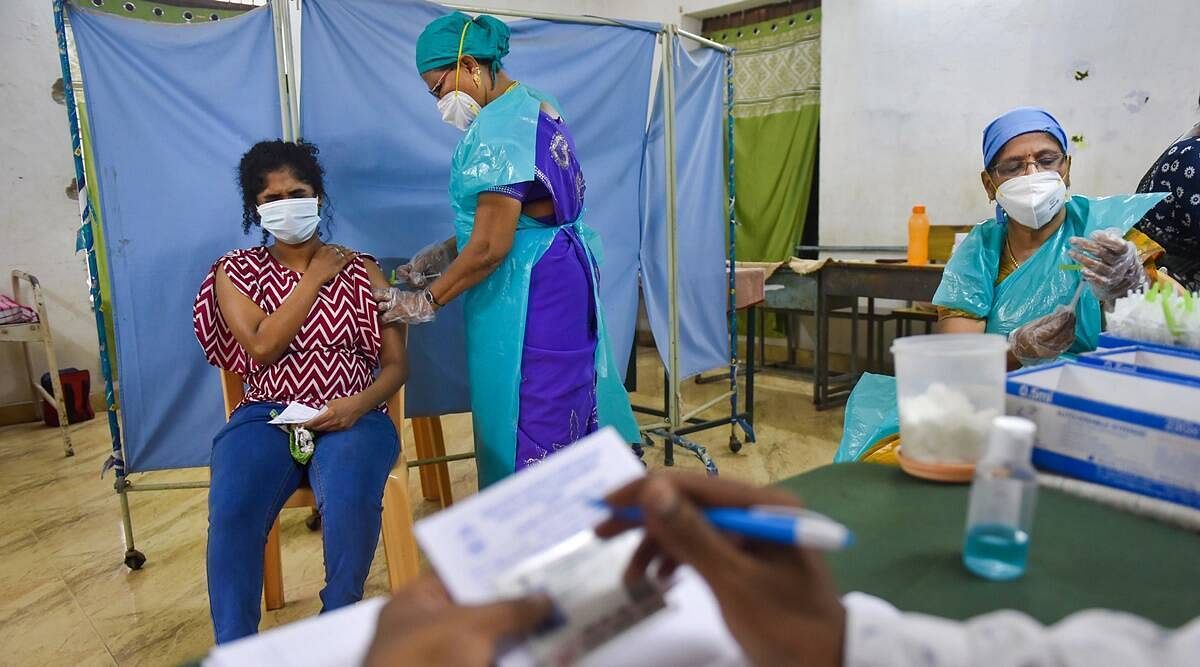