The state’s Covid-19 taskforce too has cited the same reason for the surge, saying these variants are more transmissible but cause fewer fatalities

Two mutant strains of coronavirus -- E484Q and L452R -- are behind the sudden spike in the number of daily cases across Maharashtra, according to the Central Government. Last month, the two strains were discovered in Yavatmal and Amravati.

When the two mutations come together in the same virus, they may prove to be more infectious and less susceptible to treatment by vaccines. In medical jargon, such mutations can escape neutralising antibodies in the host, reinfect and cause increased infectivity.

The state’s Covid-19 taskforce too has cited the same reason for the surge, saying these variants are more transmissible but cause fewer fatalities.

However, according to health officials, the spread of mutants is only one of the factors for the spike in cases; another reason for the surge could be attributed to the pool of susceptible population in any particular area, that is not adhering to Covid-19 appropriate norms.

The Union health ministry has published a detailed report on the genome sequencing work that the Indian SARS-CoV-2 Consortium on genomics did in the past few months.

It says that 771 variants of concerns (VOCs) had been detected in a total of 10,787 positive samples shared by states and UTs. These included the UK variant, the South African variant and the Brazil variant.

According to a statement issued by the Union Health Ministry, genome sequencing and analysis have been carried out on samples from international arrivals, contacts of those positive for VOC and community samples from most of the states at the INSACOG partner laboratories, which are 10 in number.

According to the ministry, the top 10 districts with high active Covid-19 cases include nine from Maharashtra and one from Karnataka. They are Pune, Nagpur, Mumbai, Thane, Nashik, Aurangabad, Nanded, Jalgaon, Akola and Bengaluru Urban.

“The analysis of samples from Maharashtra has revealed that compared to December 2020, there has been an increase in the fraction of samples with the E484Q and L452R mutations. These mutations have been found in about 15-20% of samples and do not match any previously catalogued VOCs. These have been categorized as ‘variant of concerns’(VOCs) but require the same epidemiological and public health response of ‘increased testing, comprehensive tracking of close contacts, prompt isolation of positive cases & contacts as well as treatment as per National Treatment Protocol,'' it added. 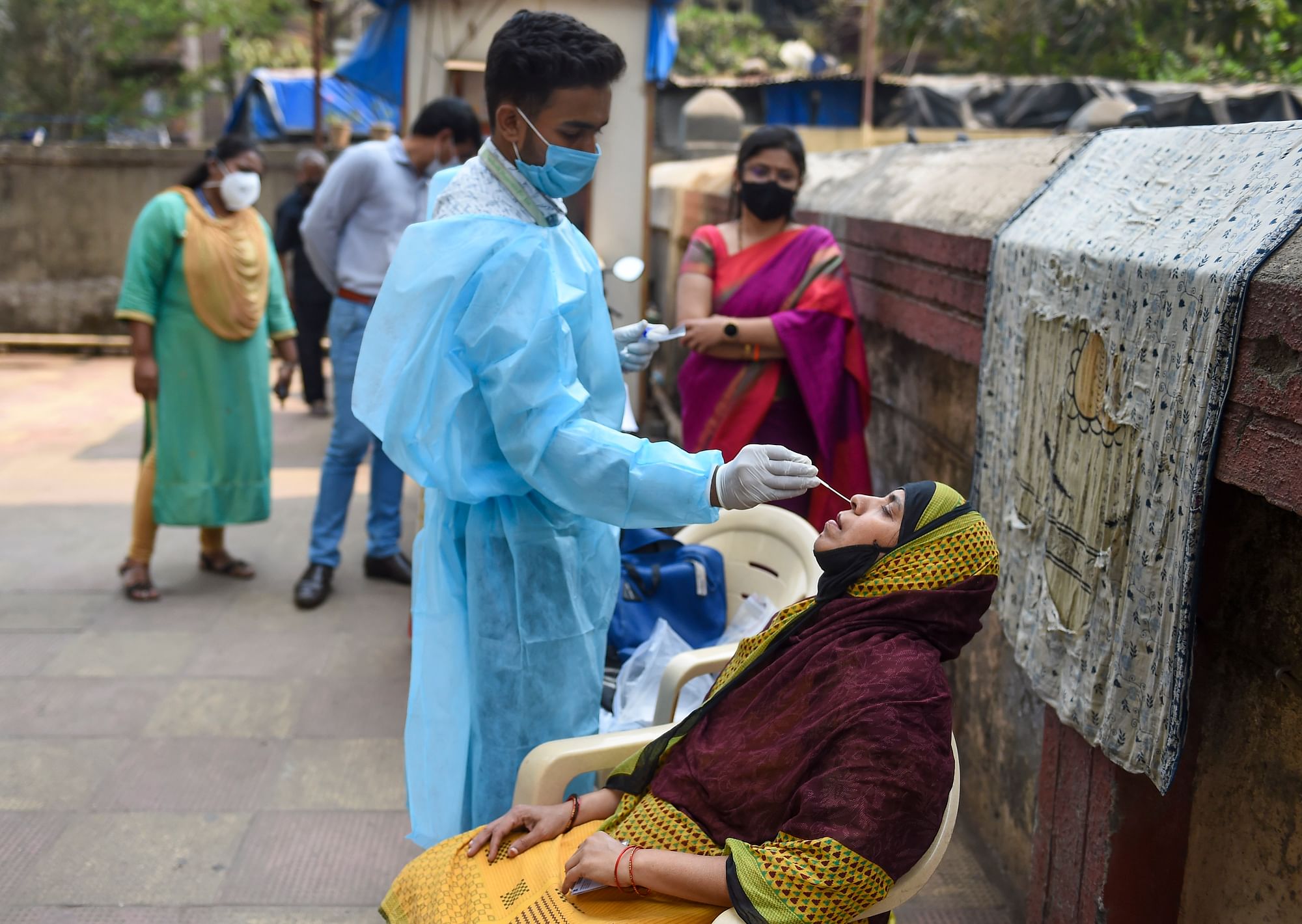 COVID-19 recovery rate drops to 92% from 96% in Navi Mumbai, Panvel after surge in active cases

Meanwhile, the state health department had sent more than 900 samples, mostly from travellers, patients from hotspots and families with high infection rates for analysis. Of these, 223 samples were from Mumbai, of which 21 had been detected with double mutants but the patients had mild symptoms, following which they were admitted to the Seven Hills hospital, where separate wards were set up for them.

“Yes, the virus is getting mutated due to which cases have surged across the state. Of the total samples collected from Maharashtra, 56 were detected with the UK strain, followed by five South African and one Brazil variant. All these variants are super spreaders but cause less impact,” said a state health officer.

However, doctors believe these variants can cause reinfection, falling as they do under the category of ‘escape viruses’ that are more powerful in fighting the antibodies to SARS-Cov-2. There is also a possibility that the two vaccines may not prove effective, as shown in South Africa. “We need to come up with a protocol to detect the people getting infected in the worst-affected districts. One option would be to simultaneously perform a blood test looking for antibodies while taking throat swabs to diagnose the infection,” said an epidemiologist. Delhi: Random COVID-19 testing to be conducted at airports, railways and bus stations

Dr Rahul Pandit, member of the state Covid-19 taskforce, said despite double mutants being detected in Maharashtra which is the possible reason for the surge in cases, the citizens need to strictly adhere to the Covid norms, to check the spread of the virus and bring cases under control. “Citizens should wear double masks to protect themselves from the virus and should also avoid crowded places for at least six months. Those who are eligible for the vaccine should come forward and get vaccinated,” he said.

Following the report, the Maharashtra cabinet on Wednesday decided to direct the district collectors to step up their containment measures.

Public Health Minister Rajesh Tope said 73 per cent of tests in the state are RT-PCR, over and above the Centre’s suggestion of at least 70 per cent. There are over 550 RT-PCR labs in the state and the government has directed all the civil surgeons that the RT-PCR should be used at full capacity.

Tope said 3 lakh eligible persons are being vaccinated every day and the state government plans to increase this number further, with the engagement of more private hospitals and the opening of subcentres, especially in rural parts of Maharashtra. Further, the government has asked district collectors to curb wastage of vaccines.