Country not on brink of 'Hitlershahi': Aruna Dhere

93rd Marathi Sahitya Sammelan: Writer said the country was not on the threshold of any 'Hitlershahi'
FPJ Bureau 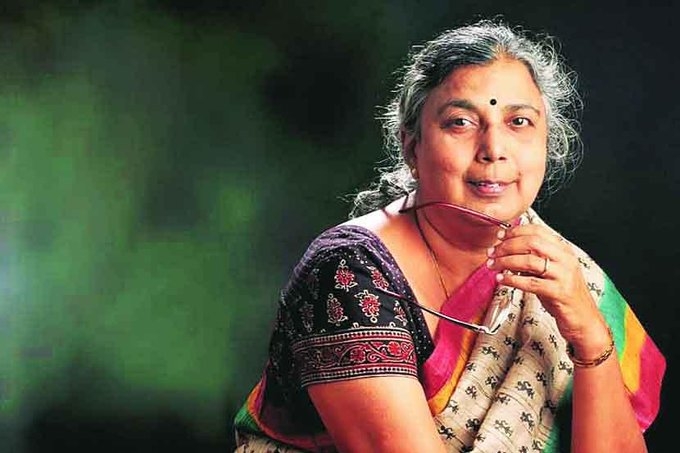 Osmanabad: Writer Aruna Dhere, addressing the 93rd Akhil Bharatiya Marathi Sahitya Sammelan currently underway in Osmanabad, said on Saturday, the country was not on the threshold of any 'Hitlershahi'. "Just because a person expresses a differing opinion, it does not mean that they subscribe to a particular ideology. The country is not on the verge of 'Hitlershahi'," she said.

Further, said Dhere, the outgoing president of the Sammelan, the citizens of this country were intelligent and that there was no pressure on the country's litterateurs either.

On the opening day of the summit, the current president, Father Francis D'Britto, referring to the violence unleashed on the students at Jawaharlal Nehru University on January 6, had said the country was stood at the threshold of Hitlerism. In his speech, he had also criticised the Modi government. He had further spoken on cow slaughter and mob lynching, among other issues.

"In the garb of democracy, autocracy can flourish. Even without imposing emergency, democracy can be throttled and this is a threatening situation. When this happens, freedom-loving citizens, litterateurs and thinkers must take a stand, I feel," D'Britto had said. Lynchings by cow vigilantes is an insult to Savarkar's way of thinking, said D'Britto.

“At this literary meeting, D'Britto did not speak much about the change in literature and society but instead, addressed the subject of the assassinations of Dabholkar, Kalburgi, Pansare and Gauri Lankesh. He spoke passionately on farmer suicides," observed Dhere.

"It is natural that current national affairs will impact the literature summit. However, on this dais, literature has taken a backseat, there has been more commentary on current matters,” she said.

Hours after making his presidential speech, wheelchair-bound D'Britto had to return to Mumbai due to back pain and is currently under treatment. The remainder of the meet will continue in his absence.