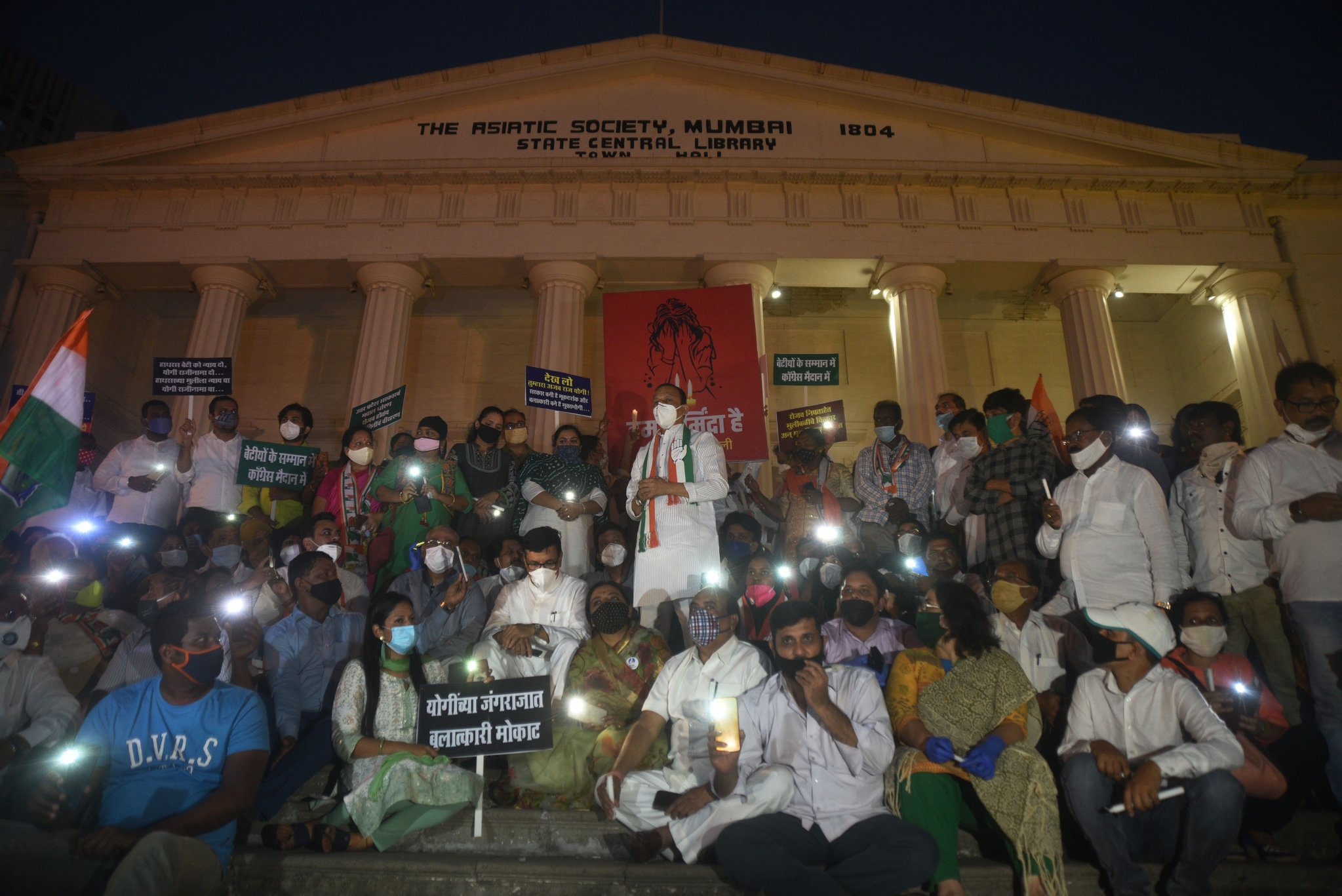 Maharashtra Congress leaders have slammed the Yogi Adityanath government in Uttar Pradesh for manhandling former party president Rahul Gandhi on his way towards Hathras to meet the family of the rape victim. “We are not scared of Bharatiya Janata Party’s (BJP) pressure tactics. By stopping Rahul Gandhi and Priyanka Gandhi from meeting the rape victim’s family, it is clear that the UP government is backing the accused,” said state party chief and Revenue Minister Balasaheb Thorat, who led agitation at the Mahatma Gandhi statue in south Mumbai against UP Police’s repressive tactics.

The agitated Congress workers staged agitation across Maharashtra against the Yogi Adityanath government. Former Chief Minister Prithviraj Chavan claimed that state sponsored violence in UP was at its best. “Why were Congress leaders Rahul Gandhi and Priyanka Gandhi prevented from going to Hathras to condole the family? Why were they detained? I condemn the manhandling of Congress leaders. What is CM Yogi Adityanath afraid of? He must be sacked,’’ he said in a tweet.

Public Works Minister Ashok Chavan alleged that there is a jungle raj in UP. He further said that CM Yogi Adityanath should resign immediately. Maharashtra Legislative Assembly Speaker Nana Patole condemned the police action, saying that it was an attempt to suppress the voice against atrocities. Minister of Energy Dr Nitin Raut, who heads the All India Congress Committee’s Scheduled Caste Department, said the party’s agitation in the Hathras case is against racist and communal forces. No matter how much police force is used, this fight will continue till justice is done.

Rajya Sabha Member of the Parliament (MP) Rajiv Satav, who is Rahul Gandhi’s close confidante, said no action has been taken against the culprits and now the government is preventing the opposition leaders from meeting the victim’s family. “Rahul Gandhi and Priyanka Gandhi were not only pushed and lathi charged, but were also detained. Shameful act,” he added.

Meanwhile, Nationalist Congress Party (NCP) chief Sharad Pawar said the reckless behaviour of the UP Police towards Congress leader Rahul Gandhi is extremely condemnable. “It is reprehensible for those who are supposed to uphold the law to trample upon democratic values in such a manner,” he noted.