This essentially means that motorists using CNG will have to shell out Rs 76 per kg from today. With that, autorickshaw and taxi unions are in overdrive, demanding the state government’s immediate intervention

Mumbai: The price of CNG has been hiked yet again, for the fourth time this month. Mahanagar Gas Limited (MGL) has increased the price of Compressed Natural Gas (CNG) by Rs 4 per kg, effective from the midnight of April 29-30.

This essentially means that motorists using CNG will have to shell out Rs 76 per kg from today. With that, autorickshaw and taxi unions are in overdrive, demanding the state government’s immediate intervention.

Among other demands, they want an increase in the percentage of domestic gas supplied to gas pumps, to control the rising cost.

On Friday, the MGL stated that the selling price of domestically produced natural gas had been increased by 110 per cent by the Union government with effect from April 1.

The MGL claimed that the cost of re-gasified LNG which is being blended to offset the shortfall in the availability of domestic gas for the CNG and domestic piped natural gas (DPNG) segments, are at historically high levels.

This combination has resulted in a significant increase in the cost of gas being procured by it.

“However, since the increase in input gas price is significantly high, MGL has decided to progressively recover such increased gas cost. Accordingly, MGL is constrained to further increase the MRP of CNG by Rs 4/Kg in and around Mumbai, effective from midnight of April 29/ early morning of April 30. Accordingly, the revised MRP, inclusive of all taxes of CNG, will be Rs 76/ kg in and around Mumbai. However, there will be no increase in the domestic PNG price,” said an MGL spokesperson.

The price of CNG has gone up from Rs 51 to Rs 76, in the past seven months. Auto and taxi unions claim the price of CNG has shot up by more than 35 per cent since March 1, 2021. The supply prices of gas from the regulated fields of the state-owned ONGC and Oil India rose to a record US$ 6.10 per million British Thermal Units (MMBtu) from US$ 2.90.

“The Maharashtra government should intervene immediately and ask the MGL to reduce prices of CNG for autorickshaws and taxis, to protect the interest of Mumbaikars,” said Shashank Rao, president, Mumbai Auto Rickshaw Taximen’s Union. They have threatened a protest on May 17.

The MGL had earlier raised the retail price of auto fuel CNG by Rs 7/ kg. On March 31, it had lowered the retail prices of CNG by Rs 6/ kg after the state government slashed the VAT on these fuels to 3 per cent from 13.5 per cent effective April 1. The relief lasted for four days.

“The percentage of domestic gas should be increased from 18 per cent to 22 per cent to control the price rise. This will automatically reduce the dependency on imported gas supply,” said Thampi Kurien, autorickshaw union leader. This is the fourth hike in prices of CNG in April.

Autorickshaw unions claim that owing to the rising CNG prices, they are being forced to demand a fare hike, from the current Rs 21 as base fare to Rs 23. The per kilometre cost, as calculated by the unions, will be Rs 15.50, as compared to the current Rs 14.20. There are nearly 2.60 lakh autorickshaws in Mumbai. 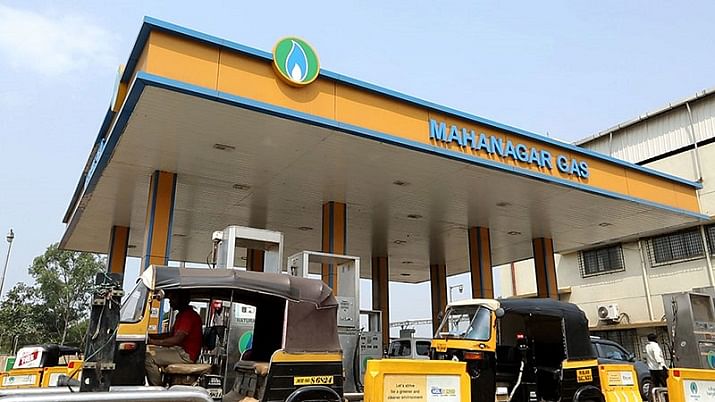