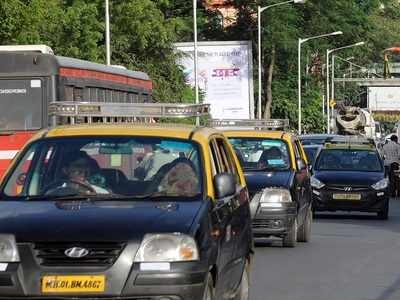 Following a 62 per cent hike in prices of natural gas, which is converted into Compressed Natural Gas (CNG) used by taxis and auto rickshaws; their unions have warned that they will be forced to demand yet another fare hike.

The fares of taxis and autos were revised to Rs 25 and Rs 21 respectively from March 1. And now, Mahanagar Gas Limited (MGL) has hinted at a hike in CNG prices which is currently Rs 51.98 per kg in Mumbai.

These price hikes could burn holes in the pockets of people using CNG for their vehicles, autos and taxis. And also the piped natural gas (PNG) supplied to domestic users using pipeline gas.

“As per information received by us, the hike in CNG prices is expected to be anywhere between Re 1 to Rs 3. This is a steep hike and the taxi drivers will not be able to sustain it and thus we will be forced to demand a fare hike,” said AL Quadros, veteran trade and taxi union leader.

There are around 20,000 taxis on Mumbai roads and as of today, they aren’t running at full strength as there are still people who are working from home. The government hasn’t permitted share auto and taxi rides; though it is being operated in various parts of the city and suburbs. The Covid-19 has also had an impact on earnings and salaries of people owing to which they think twice before travelling in autos or kaali-peeli cabs.

“If this hike in CNG happens then it will not only impact the drivers and permit holders but also passengers. We will be forced to demand revision in fares and this will become a deterrent for people in using autos and taxis,” said KK Tiwari, auto rickshaw union leader. There are some 2.60 lakh auto rickshaws on road.

In Delhi, according to the petrol pump and CNG station dealers, there has been a hike in CNG prices by Rs 2.28 per kg. In Pune too, the price has gone up by Rs 2 or so. At present, the price of CNG in Mumbai is Rs 51.98 per kg which too might see a substantial increase. Last week, the government announced a 62 per cent hike in the price of natural gas which is the first hike since April 2019 when the price was at $1.79 per metric million British thermal unit.

MGL in a statement announced that it will increase the basic price of Compressed Natural Gas (CNG) by Rs. 2.00/Kg and Domestic Piped Natural Gas (PNG) by Rs 2.00/SCM in and around Mumbai, effective from midnight of October 04, 2021. Accordingly, the revised delivered prices of CNG and Domestic PNG in and around Mumbai will be ₹54.57/Kg and ₹32.67/SCM (Slab 1) and ₹38.27/SCM (Slab 2) respectively.