'China has weaned away all our neighbours to its side': Sharad Pawar slams PM Modi in interview with Sanjay Raut 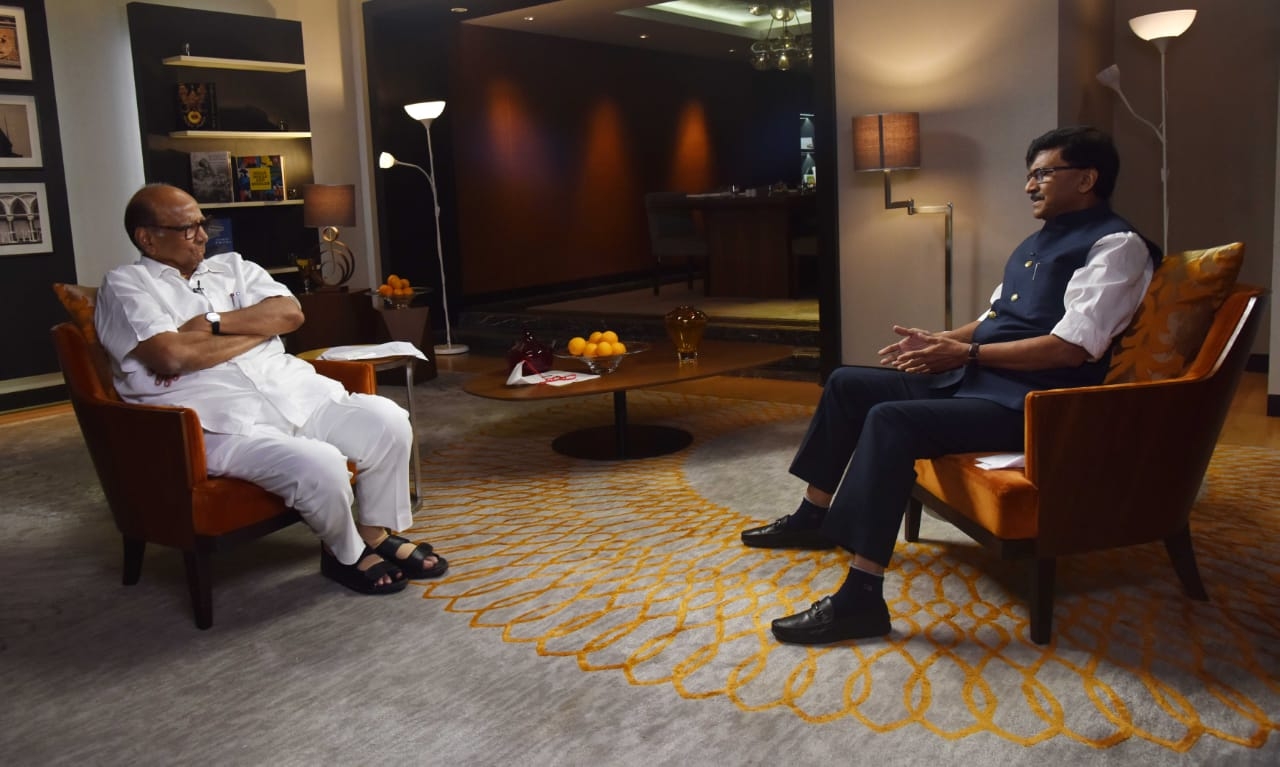 Mumbai: Amid the border tension with China, NCP president Sharad Pawar has saidChina is a "bigger threat to India" than Pakistan.

China's military might is "ten times greater" than India, the former defence minister said, adding that Beijing has "weaned away" India's neighbours to its side.

The Centre should try to put international pressure on Chinathrough negotiations and diplomatic channels, Pawar said in an interview to Shiv Sena mouthpiece 'Saamana'.

The second of the three-part interview series was published in the Marathi daily on Sunday.

"When we think of an enemy, the first name that comes to our mind is that of Pakistan. But we need not worry about Pakistan. In the long term,it is China that has the power, vision and programme to act against Indian interests. China is a bigger threat to India," Pawar said.

The "real threat to India is from China" which has become economically strong, he added.

"By creating a picture of camaraderie, you can't resolve issues between two countries," he said, referring to Prime Minister Narendra Modi's handshakes and hugs with Chinese President Xi Jinping during the latter's India visit.

Asked about the clash between Chinese and Indian soldiers at Galwan Valley in Ladakh last month, Pawar said, "When I say there should be no politics over the issue, it is because we can attack them. But the entire country will have to pay a heavy price when there is retaliation to the attack." "Instead of striking, we should try to put international pressure on Chinathrough negotiations and diplomatic channels," he said.

Pawar said China had turned not just Pakistan, but even countries like Nepal, Bangladesh and Sri Lanka against India.

"When Modi became prime minister for the first time, he went to Nepal to offer prayers at the Pashupatinath temple.

Modi praised Nepal, calling it India's friend and the first Hindu nation. Now Nepal is not with us, but on China's side," the former Union minister said.

India took the lead to liberate Bangladesh, and now the neighbouring country has signed a treaty with China, he said.

"China has weaned away all our neighbours to its side.

This is the contribution of the recent period, Pawar said in an apparent reference to the Modi government.

He said Pandit Jawaharlal Nehru and Indira Gandhi are always blamed for their handling of China and Pakistan.

"But, during the tenure of Nehru, India and China shared warm relations," he said.

Nehru was of the view that China will become a superpower some day and that India should maintain a cordial relation with it since tensions were notbeneficial to either of the two countries, he said.

Nehru introduced the Panchsheel treaty with China and there was peace in the region, the NCP chief said.

"Unfortunately, the Chinese leadership tooka different stand and there was a conflict. This aspect cannot be ignored, he said.

Speaking on the present state of the Indian economy, Pawar said Prime Minister Modi should consult economists and experts like Manmohan Singh to revive the economy.

"When Manmohan Singh was the Union finance minister, he gave a new direction to the Indian economy. I was also part of thatUnion cabinet. I credit Singh and late P V Narasimha Raofor the turnaround of the economy from crisis," he said.

"Modi should also take the help of experts. The country will support him in all the steps taken by him, he said, adding that the "country needs another Manmohan Singh".

To a question on Modi calling him a "political guru" (political teacher), Pawar said there is no such thing as guru in politics.

Targeting the Centre, he said there is no dialoguebetween the Modi government and leaders of other parties.

When Manmohan Singh, Pranab Mukherjee, P Chidambaram were finance ministers, they would constantly in touch with experts and political leaders cutting across party lines to ascertain their views on various issues facing the country.

"This is not happening now," he said.

Speaking about the performance of the Uddhav Thackeray-led Maharashtra government, Pawar, who played a key role in the formation of the ruling alliance comprising the Shiv Sena, NCP and Congress, saidit would not be right to judge the government on its performance in six months.

"The written exam is over. Practicals are pending. The student is working hard. So there is no need to worry about the result. In the six-month exam, the student has passed. I am confident the student will clearthe next exam easily," he said.