Mumbai : Sujatha and Umesh Gangurde have been running from pillar to post from the past eight months to get admission for their son into Junior KG in a Chembur school. 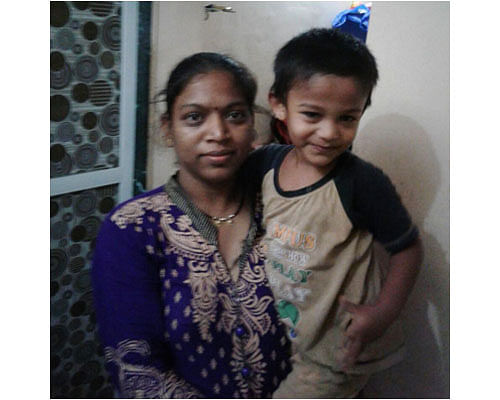 The school, General Education Academy, however, has been refusing admission to the child because he belongs to the Scheduled Caste category. As a result, their son, Kabir has still not started going to school.

The school’s management has been asking them to apply for the 25 per cent seats under the Right To Education Act. “We don’t need the free seat provided under RTE as we are able to afford the fees,” said Umesh, who works as a senior engineer in a private firm. “We have told them we will give them the full year’s fees at once if they want or even pay a donation if that is what they want,” he said.

The couple are keen on General Education Academy since besides being close to their home, their daughter also studies in the same school in Class II.

Since the school insisted that they will be given admission only through RTE, the family applied for it. But they did not get an allotment in the RTE lottery. In fact, this year, of the over 6,000 children who applied only 2,500 got admissions.

Since under RTE 25 per cent admissions, a school is allotted through a computerised system, they could not be sure they would get the school. “We are not the only low castes who have been turned away. The school did this with many other families. But we are the only ones fighting for a seat in the school, since our daughter studies there,” said Sujatha.

V L Shanbag, principal of the school defended the school’s actions. “When 25 per cent seats are reserved under RTE Act for socially and economically backward castes, they cannot claim a right in these remaining 75 per cent seats,” he said.

The law however, does not prohibit low castes to apply for the remaining 75 per cent seats, for which they have to pay fees. “The law does not say it is meant for open category. But that’s how we interpret it. I am ready to go to court if needed,” said Shanbag, an upper caste. He said though, that he does not affiliate with any caste.  “In my school, we give admissions in the remaining 75 per cent seats only to OBCs and open category,” he said.

Umesh says that though the Deputy Education Officer of the BMC had given a letter asking the school to give admission to the child, the principal refused to follow the order.