The team, which comprises two officials from the Centre’s Agriculture Department, arrived in Aurangabad on Friday.
FPJ Bureau 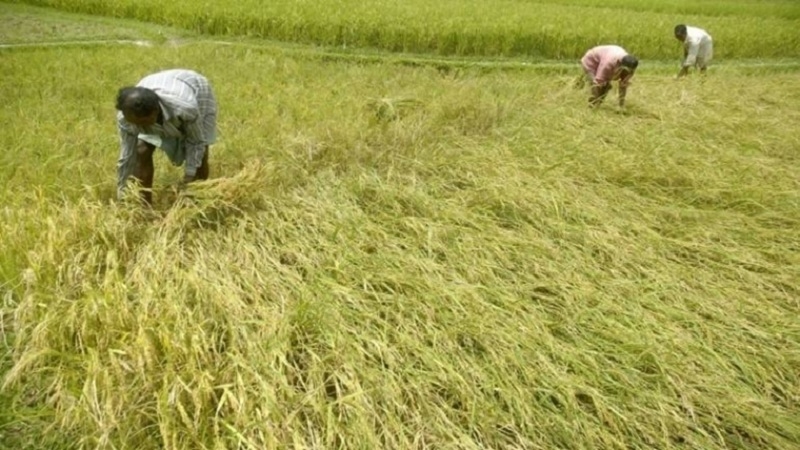 Aurangabad: A central team on Friday began its three-day visit to Marathwada region to carry out assessment of crop damage caused by recent unseasonal rains.

The team, which comprises two officials from the Centre’s Agriculture Department, arrived in Aurangabad on Friday. On the first day, it is scheduled to visit Sillod, Phulambri and Kannad talukas, a statement from the district collectorate said.

On Saturday, the team will visit Gevrai, Majalgaon, Dharur and Wadhwani in Beed district, while on Sunday it will go to Badnapur, Bhokardan and Jaffrabad in Jalna district, it added.

According to an official, the team will observe the damage to crops, including maize, grapes, soybean, cotton and bajra in the three districts.

Unseasonal showers and delayed retreat of monsoon has affected farmers in parts of the state, especially in Aurangabad, Amravati and Nashik divisions.

Governor BS Koshyari had on Nov 16 announced financial relief to farmers whose crop was damaged in unseasonal rains, and ordered its immediate disbursal.

Meanwhile, An agitation by a farmers’ group in Sangli and Kolhapur, seeking higher compensation for cane turned violent on Friday, said Sanjay Bhosale, an official at the Maharashtra Sugar Commissionerate.

The protesters burnt 10 trucks carrying cane harvested from Sangli and Kolhapur to a mill in Karnataka.

The agitation, in its fifth day, has been led by Raju Shetti’s Swabhimani Shetkari Sanghatana.

“They (Swabhimani Shet­kari Sanghatana) are confined to south Maharashtra like Sangli and Kolhapur only, other parts of state are not affected,” Bhosale said.

The union is seeking higher compensation for cane farmers over and above the fair and remunerative price of Rs275 per quintal. It is also protesting against sugar mi­lls’ demand of making cane payments in 3 instalments.