The court issued a further directive to Thakkar to cooperate with the cops, probing the case.
Narsi Benwal 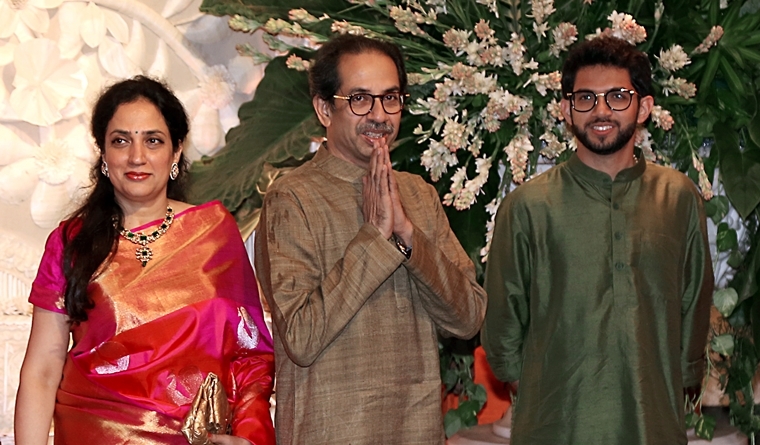 The Bombay High Court on Friday ordered the Mumbai Police not to take any coercive action against a man, booked for allegedly posting derogatory and defamatory posts on social media against chief minister Uddhav Thackeray and his son Aaditya Thackeray.

A bench of Justices Sambhaji Shinde and Makarand Karnik has ordered the Mumbai Police to furnish the copy of the fresh FIR lodged against one Sameet Thakkar, who has been booked for his objectionable posts on CM and his son Aaditya.

While hearing the matter on Friday morning, the bench was informed that Thakkar, who was already named in an FIR, was again booked in a fresh one registered at the BKC police station. The second FIR, is also premised on the same social media posts.

Appearing for Thakkar his counsel Abhinav Chandrachud informed the bench that his client had visited to the police station to get his statements recorded. "But one officer told him that few cops from the BKC police station are on their way to arrest me. This was against the earlier orders of this court of not taking any action against my client," he argued.

Opposing the submission, prosecutor J P Yagnik told the judges, that Thakkar ran away from the police station after he was asked to surrender his mobile phone that was used to make those posts.

Having heard the contentions, Justice Shinde initially expressed displeasure over Thakkar for not co-operating with the probe and accordingly said it won't pass any interim orders in his favor.

However, after requests were made by Thakkar, and noting the fact that the BKC police's FIR wasn't served to him, the judges ordered the cops not to take any action against him.

A further directive has been issued to Thakkar to cooperate with the cops, probing the case.

Bombay HC today ordered the Mumbai Police not to take any coercive steps against the man booked for allegedly posting objectionable tweets against CM and his son. The HC said the police must first provide him with the copy of its FIR and then record his statements.