The court instead held him guilty of culpable homicide not amounting to murder.

Mumbai: The Bombay High Court (HC) recently acquitted a doctor from charges of murdering his pharmacist wife and instead held him guilty of culpable homicide not amounting to murder. The HC observed that the act was “not premeditated” and that he had “lost his power of self-control temporarily and committed the offence” following an argument.

A division bench of Justices Ajey Gadkari and Milind Jadhav was hearing an appeal filed by Sitaram Sarode challenging his conviction by sessions court (Pune) in January 2012, sentencing him to life in prison for murder and for subjecting his wife to cruelty.

According to the prosecution, Sorode killed his wife Sangita by assaulting her with the lid of an autoclave (a vessel used by doctors and pharmacists for boiling water and sterilizing needles / syringes) and throwing an acid-like substance on her.

The two were married in 1993, residing at Manmad and had two children. Sometime in 2000, Sangeeta secured a pharmacist job in the Pune Municipal Corporation and therefore shifted there to her mother's house with their two children. Sarode would visit them every fortnight. However, they often quarrelled as Sarode suspected his wife's character.

On August 30, 2008, when Ms Sangeeta's mother had gone out, there was a fight between the two. On returning, she saw Ms Sangeeta lying with burn injuries and was informed that Sarode had hit her on the head with the lid of an autoclave and poured an acid-like substance on her.

Their eight-year-old child, who witnessed the incident, deposed before the trial court that he saw his father hit his mother and there was blood. He also stated that his father had poured something from a bottle on his mother.

The court noted that although the prosecution has proved that Sarode killed Ms Sangeeta, it has failed to prove what liquid was used to cause her burn injuries.

“In this context, it is pertinent to note that there is no premeditation or planning on the part of the appellant to kill or murder his wife Sangita,” said court, adding: “It is clear that prosecution has not been able to prove its case beyond all reasonable doubts and the chain of circumstances snaps in between and does not explain the above discussed issue.”

Considering that Sarode has been in prison for over 14 years as he has been in custody since his arrest a day after the incident, the HC has directed that he be released immediately.

Read Also
Ujjain: Doctor couple accuse each other of infidelity 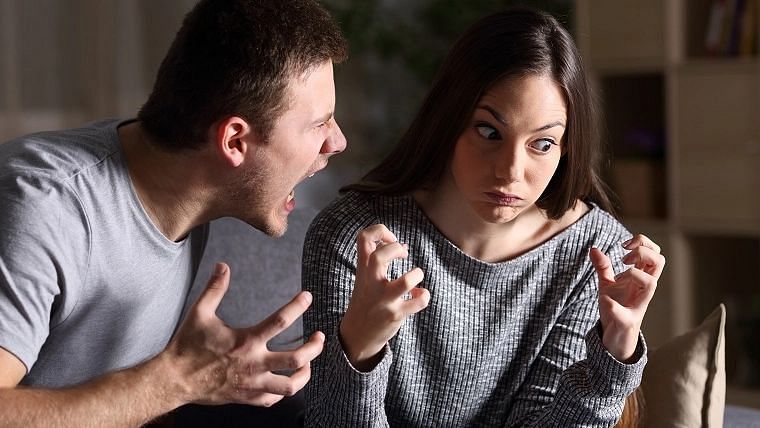