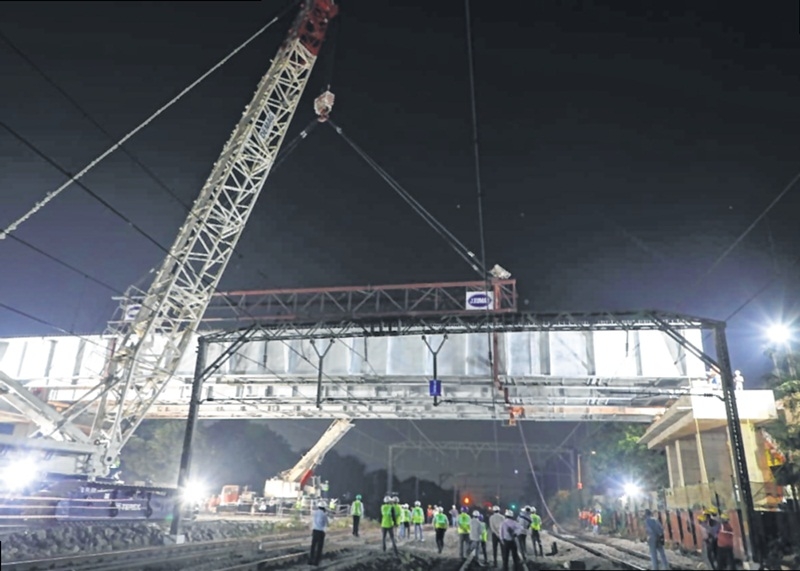 Mumbai: Despite receiving flak after the collapse of Himalaya foot overbridge at the Chhatrapati Shivaji Maharaj Terminus on March 14, the Brihanmumbai Municipal Corporation (BMC) will table a proposal to approve minor repair works on 16 bridges and subways which have been audited by a consultant blacklisted in the tragedy, DD Desai Consultants.

This company had, in its audit report, declared the Himalaya foot overbridge to be in ‘good condition’ and only needing minor repairs, after which it collapsed, killing six people and severely injuring 31. 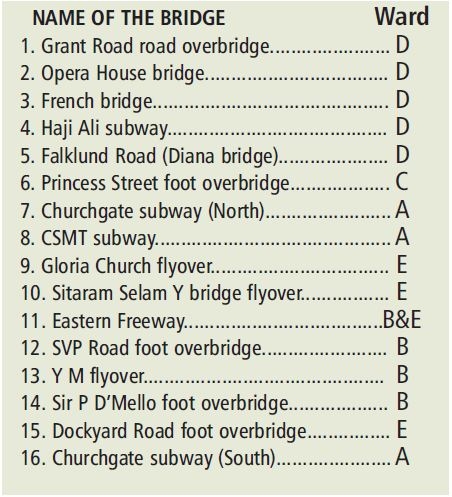 However, officials said if the proposal gets rejected and any untoward incident occurs again, the authority will be blamed for not approving the repair work. Jain Construction Company was the lowest bidder, quoting Rs 10.51 crore to carry out the repairs and promising to complete it within 18 months. The work will be started once the proposal if it is approved on Wednesday.

The opposition leader, Ravi Raja accused the administration of being insensitive and apathetic. “We will definitely oppose this proposal, since the structural audit given by this company has been doubted. All bridges need repairs, it is a fact, but we have to ensure the audit is conducted accurately and not given to a company which has been blacklisted,” said Raja.