The Court also ordered the police department to intimate criminal proceedings against the AIMIM supporter, if any case is made out
Narsi Benwal 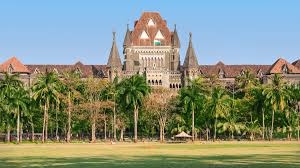 Mumbai: In what can spell troubles for AIMIM supporter Abu Faizal, the Bombay High Court has ordered the Mumbai Police to block his 'inflammatory speech' video from social media, wherein he has accused the media of 'purposely' targeting and blaming Muslims for the outbreak of Covid-19 in India. The HC has also ordered the police department to intimate criminal proceedings against Faizal, if any case is made out.

A bench of Justices Ramesh Dhanuka and Abhay Ahuja issued the directives while hearing a plea filed by one Imran Khan, who has objected to the video clip disseminated by Faizal on his social media.

In his plea, Khan highlighted that Faizal accused the media of purposely targeting Muslims and defaming Islam under the garb of coronavirus pandemic.

"In the said video, it is alleged that a vicious campaign is led by the RSS in the country that is supposedly underway to control the Muslim population. Faizal is seen provoking and encouraging his Muslim brethren to assault non-Muslim doctors," the plea pointed out.

Khan argued that the video can create hatred between Hindus and Muslims. He, accordingly, urged the bench to issue directions to the police authorities to delete the incriminating hate speech and take action against Faizal as per the law. He also sought a permanent ban on Faizal from using social media.

Having heard the contentions, the bench said, "Prima facie, the petition indicates that there are serious allegations against Faizal about inflammatory speech for creating hatred between Hindu and Muslim communities and against the police for inaction."

The bench accordingly ordered the police authorities to look into the allegations and also to view the said video-clip and file its affidavit.

"In the meanwhile, the authorities are directed to block the video-clip uploaded on social media and more particularly, the video uploaded by Faizal immediately," the judges added, while posting the matter for hearing on June 2.