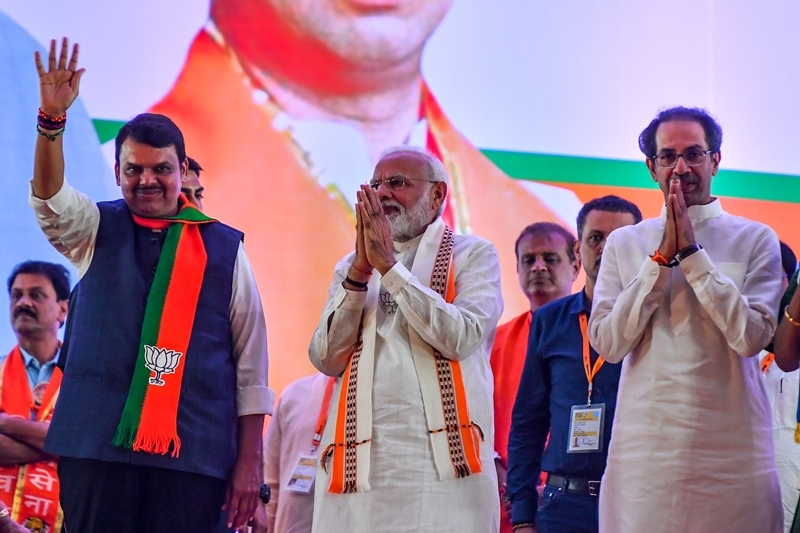 New Delhi: The loud nationalistic pitch which resulted in a landslide for the ruling BJP in the Lok Sabha elections has not been as effective in the Assembly elections of Haryana and Maharashtra.

Although it is still early days, but it will also raise questions on having the concept of a working President in JP Nadda, as these were the first elections fought on his watch. Amit Shah, as BJP President, has seen the emergence of one of the most powerful political and election machinery ever seen in the country.

While Prime Minister Narendra Modi and Home Minister Amit Shah made repeated and boisterous references to abrogation of Article 370 in J&K and cross-border Balakot strikes during election campaigning, the election results where the BJP has not been able to repeat its previous performance shows clearly that fatigue may be setting in on such issues and economic and agrarian issues raised by the Opposition may be getting more traction with the electorate.

Faced with a clear loss of face in Haryana, the BJP has managed to get around 40 seats compared to a much higher tally of 47 in the previous term. This is a big comedown from the "Ab ki Baar 75 Paar" slogan of the BJP Chief Minister Manohar Lal Khattar. The BJP won all 10 LS seats in Haryana and 42 out of the 48 seats along with Shiv Sena in Maharashtra.

In Maharashtra, where the BJP fought in alliance with the Shiv Sena, its tally is down by 20 seats while Sharad Pawar's NCP has made big gains in rural areas of its bastion in western Maharashtra. NCP chief Sharad Pawar said that so many defectors who had joined the BJP have not succeeded.

While the BJP may still form the governments in both states, the erosion of votes in the assembly comes just five months after the landslide in the Lok Sabha elections.

On the other hand, the Opposition which has been in disarray has continued to raise bread and butter issues of economic slowdown and agriculture distress.

While the narrative was clearly focused on Article 370 and Pakistan in election rallies, the BJP leadership, for instance in Haryana, pointed out that many jawans from the state have been killed in J&K, while the resource-less and divided Opposition has sprung a surprise.

This also raises the question whether the BJP election machinery is more formidable than its governance record? While the BJP under Modi-Shah has been unchallenged in the Lok Sabha elections, a formidable election winner, starting with last year's assembly elections in Madhya Pradesh, Rajasthan and Karnataka, among the major states, has seen reverses at the state assembly level.

In the states that it rules, the BJP may be finding it difficult to garner the same amount of public support even though it may be forming the government in some cases. At the state level, despite the leadership's assertion of the advantages of having a double engine of growth at the Centre and state, voters may be having different ideas.