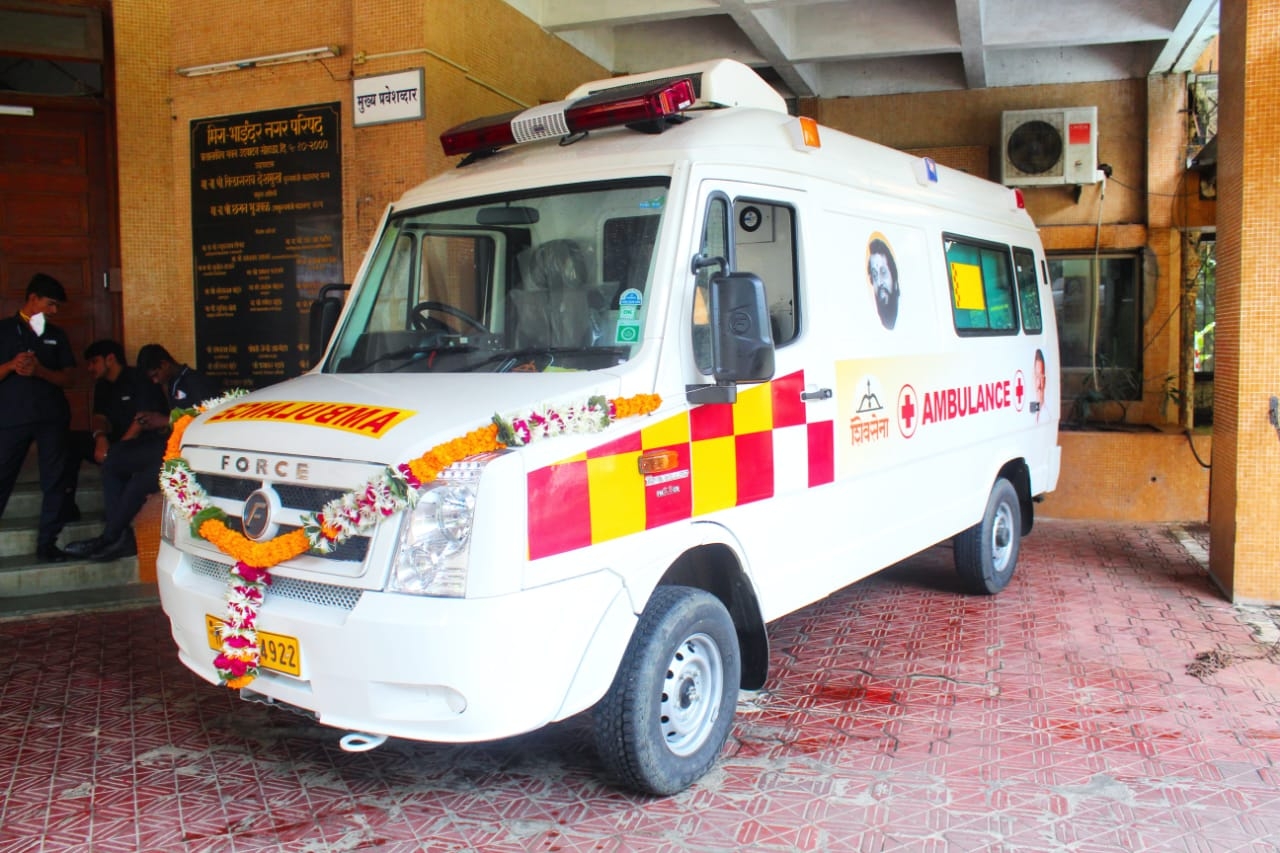 Already at loggerheads over the issue of creating a temporary jumbo facility for Covid-19 patients on an open ground in Bhayandar, the strained relationship between the BJP and Sena is out in the open yet again.

This time the BJP has raised strong objections to the use of photos of Shiv Sena leaders and the party’s symbol on state government funded ambulances which were recently handed over to the Mira Bhayandar Municipal Corporation (MBMC).

Terming the act as a self-promotion drive on tax-payers money, BJP corporator and former standing committee chairperson- Adv. Ravi Vyas in his letter to the municipal commissioner has sought removal of photos and party symbol from the government funded ambulances and action against those responsible for the blunder.

Four ambulances have been purchased on the virtue of government funds allotted to legislator- Pratap Sarnaik- two each for the MBMC and the Thane Municipal Corporation (TMC). The cost of additional equipment fitted to the state of the art ambulances has been borne by the legislator. Both the civic bodies fall under Sarnaik’s constituency.

Among other high tech medical apparatus, the ambulances are also fitted with ventilators using which a patient can be kept on life support system in case of extreme emergencies.

The relationship between the BJP and its former saffron ally seems to be going from bad to worse in the MBMC, with each passing day. Leaders of both the parties had recently exchanged tirades, over the issue of a temporary 700 bedded jumbo facility for Covid-19 patients which is being created on an open ground in Bhayandar (east) by spending more than Rs. 10 crore. While the BJP termed it as a wasteful expenditure, the Sena is determined to create the facility.