Bhima-Koregaon violence: CM, others ‘have no concern’ Government tells Commission 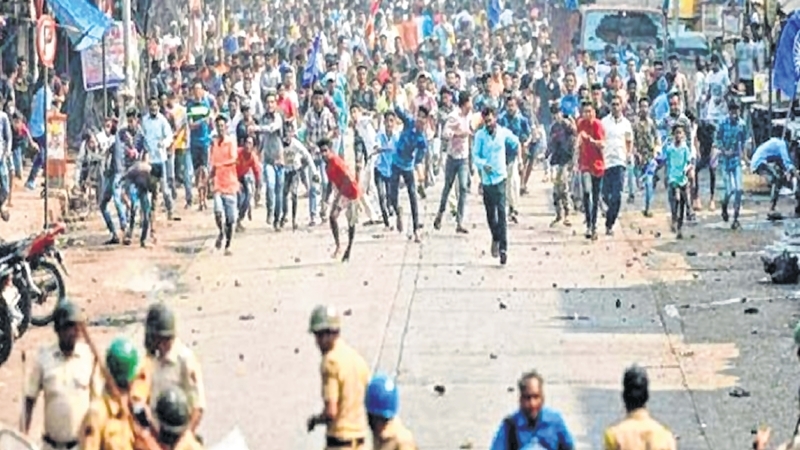 The commission comprising of Chief Justice (retd.) Jaynarayan Patel and Sumit Mullick, is presently examining witnesses to ascertain the cause of the riots that broke out in Pune and then across Maharashtra. The commission will also fix the responsibility of the state government and its machinery for the incident and also suggest short term and long term measures for avoiding such incidents in the future. The affidavit filed by the government through special public prosecutor Shishir Hiray states,

“It is upon the government to decide as to whom it wants to examine as a witness to refute the allegations (of inaction) made against it. Most of the persons (Fadnavis and 21 others) named in the plea have no concern with the issue and it is not at all necessary to examine them.” The stand of the government is quite confusing as in one part of its affidavit, it refuses to examine CM Fadnavis, who also holds the home portfolio and several high-ranking police officers.

Whereas, in the second part of the affidavit, the government has said it is ‘well-empowered’ to examine witnesses who are concerned with the events. The affidavit reads, “Prima facie, the onus is on the state government and its allied machinery to answer vital issues which is in way of allegations made by some section of the society, so predominantly, it is in the way of defense. The state government is supposed to give answers to these motivated and ill-founded allegations in order to clear cloud of doubt, raised against the government.”