Banks focus on loading ATMs ahead of long festive weekend 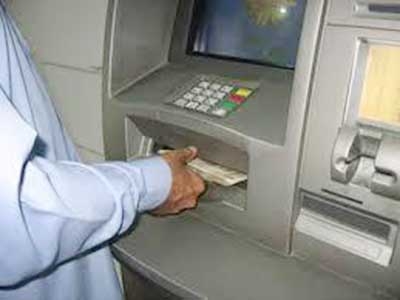 Mumbai : The focus of banks in states such as Tamil Nadu and West Bengal is to replenish ATMs with cash ahead of the long weekend break next week, said a leader in a bank’s officer’s association. Some states will see holidays, ranging from three to five days, due to festivals next week.

In Tamil Nadu, between October 21 and 25, branches of government-owned banks and insurance companies would remain closed due to festivals and weekly closures.

If employees take two days of casual leave on October 19 and 20 then the whole week is off for them.  In West Bengal, October 20-22 are holidays while October 23 (Friday) is a working day, while Saturday is a weekly holiday. Second and fourth Saturdays of a month are holidays for government-owned banks.

“Bank management have not approached the unions in connection with the continuous holidays,” a senior leader in a bank officer’s association said on Saturday.  “Instructions are being given on the mode of replenishing the automatic teller machines (ATMs) so that they do not run out of cash.”

According to him, the holidays are known at the beginning of the year itself. The bank managements could have pro-actively discussed with the unions to sort out the issue. While union leaders agree that it is going to be a long weekend, they also cite it is not a new phenomenon in the country.

He said the unions would have even agreed to shift the holiday falling on Saturday (October 24) to some other Saturday provided those who apply for leave on that day are not denied the same.

All India Bank Employees’ Association (AIBEA) general secretary C.H. Venkatachalam had earlier said that it is only in Tamil Nadu that the holidays are consecutive.

“In many other states and union territories it is not the case. It is also not the first time when banks are closed for consecutive days due to festivals,” he said.