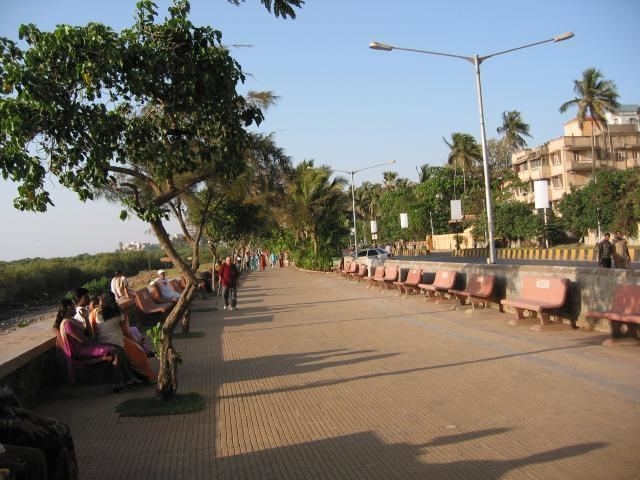 Mumbai: After having selflessly maintained the iconic Carter Road promenade for nearly two decades, the Bandra West Residents' Association has surrendered it to the Maharashtra Maritime Board (MMB).

The 1.2 km-long seafront was adopted by the BWRA during the late nineties and since then it was transformed into a promenade, and through the years it has emerged as one of the iconic spots of Mumbai.

The BWRA had a maintenance agreement with the MMB which got renewed after every three-five years since 1998. The last agreement expired on June 30, 2020, following which the association decided to not extend the agreement anymore.

"The local association is facing severe difficulties in maintaining the promenade so they have decided to give it back to the maritime board. The MMB has recently renovated the premises carrying out civil works, lightning and horticulture works and presently it requires more maintenance works which the association is finding it difficult to continue," Congress corporator, Bandra West,Asif Zakaria told FPJ.

Zakaria has written to state minister of tourism Aaditya Thackeray and Mumbai municipal chief Iqbal Singh Chahal on July 17 urging them to take over the promenade from MMB.

"If the promenade is not maintained, it will fall apart causing loss to tax player's money. BMC's garden department has the expertise of maintaining the open spaces in the city, like how they have maintained the Marine Drive and Worli Sea Face. So handing it over the civic officials will be beneficial while the local residents can also be the watchdogs and work in the background," stated the Corporator.

As the maintenance agreement expired on June 30, the association have withdrawn the security, gardener and sweepers from the promenade. The lights and the water meters have also been surrendered to the civic body.

The trustees of the association stated that alongside the high maintenance, there have been rising concerns of security that have forced the association to surrender the promenade to the MMB.

"The promenade is a big area and there are small pockets that need to be manned. The area required more maintenance and it was becoming difficult for the association to generate funds," stated Naaznin Husein, a trustee of the association.

"During the non-operational hours, especially at night, there were drug peddlers in different areas of the promenade, the security issues were rising, thus the best we thought of doing was handing it back to the authorities, however, we wouldn't mind staying in the background," Husein added.

PK Das, city-based urban planner, architect and activist stated that the MMB authorities were non-cooperative for the last two decades and had been shrugging off their responsibilities. He also said that as the association used to generate funds through sponsorship, the MMB wanted to have an upper hand on it.

"The association was compelled to give back the promenade. The maritime board has been non-cooperative and wanted to control the sponsorships even though they didn't take any responsibility," Das told FPJ. Das was also the architect and designer of the promenade when the project was launched, way back in 1997.

"It was sheer activism and participation of the residents that made this project happen, they were maintaining these promenade selflessly by generating funds and working on grounds all these years. Now the cost of maintenance has increased and the authorities are also non-cooperative thus its best to surrender the area back," stated the architect.