Balasaheb’s security will be scaled down 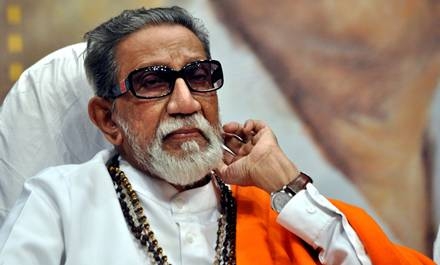 Mumbai : The Mumbai police will withdraw 25 police officials soon from Matoshree, who provided cover to the late Shiv Sena chief Bal Thackeray. The police is waiting for the mourning ceremony of the late leader to end  after which the Z+ security will be withdrawn, said additional commissioner (protection and security) Madhukar Pandey.

“Thackeray was granted Z-plus security due to terror threats and now since he is no more, there is no need for the security cover”, said a senior police official.

“Right now we are not rushing to withdraw the security, but it will be done after the mourning ceremonies are over,” said Pandey.

Also the police had deployed cops in plainclothes to maintain vigil in and around Matoshree, who have already been relieved after the death of Thackeray.

Meanwhile there would be no changes in the security of Uddhav Thackeray, which is Z category and around 80 officers and one platoon comprising eight men of the State Reserve Police will be there at Matoshree guarding it day and night, added Pandey.

Also the third component of protection and security includes the protection of the Thackeray family, where there will be no changes too. “The family members of Balasaheb Thackeray are equally important personalities and the police will continue to guard them like earlier” said the additional commissioner (P&S).