Media was seen there which means the media had the information but why did the police not gather all of this information, asks Pawar

‘’Media was seen there which means the media had the information but why did the police not gather all of this information. This will also be probed," said Pawar.

When asked if there was any political hand behind the protest, Pawar said, "Till the time police file its report, I should not make any allegations or will not take the name of any political party or leaders."

"I am sure police will find the mastermind of this incident because of whom this had happened. Once they know, it will come in front of all," he noted.

However, Pawar, who is NCP chief’s nephew, claimed that a lot of things have come to the fore including that most of the protestors were from well-to-do condition. ‘’However, I will make the statement in this regard only after the findings of the probe,’’ he said.

"It simply came to our notice that after the Bombay High Court order, the gulal was hurled and sweets were distributed by the striking MSRTC employees at the Azad Maidan as a mark of success of their agitation. Then there was no reason to go to Silver Oak again. What is the reason behind it? One of them said that he will go to Baramati on April 12," said Pawar. He added that the deliberations generally take place at Mantralaya and therefore there was no need for the striking employees to go to Silver Oak.

NCP Chief Spokesman Mahesh Tapase alleged the party workers will not sit quiet if it was revealed that yesterday's attack was politically motivated and to destabilise the state.

In a related development, the NCP MP Supriya Sule, who faced the angry protestors urging them to calm down expressing her readiness to hold talks, has been provided security cover. A police vehicle and two police personnel have been deployed for Sule’s security.

Besides, the security at Pawar’s residence has also been increased. 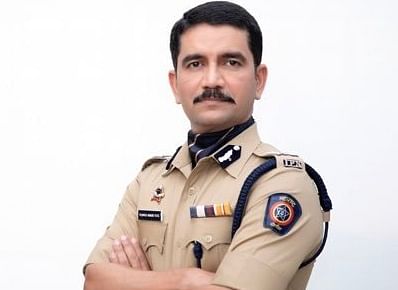