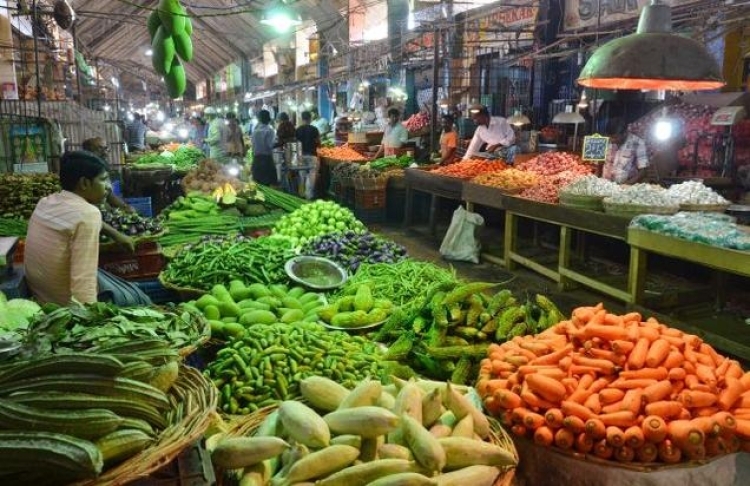 More than 1000 traders from the agriculture produce market committee (APMC) Mumbai located in Vashi Navi Mumbai have sought level playing field and demanded waiver off of cess, being collected for products sold at the wholesale market. They have also met the opposition leader in state and sought help to discuss the issue with the state government.

In the first week of June, the central government amendment the Essential Commodities Act, 1955, brought The Farming Produce Trade and Commerce (Promotion and Facilitation) Ordinance, 2020’. With the amendment, farmers are allowed to trade outside the APMC without any State’s tax or legal binding.

At present, the trade of essential commodities like food grain, oil, vegetables, onion-potato attracts 0.8% cess at the APMC. Bhimji Bhanushali, secretary of the Grain, Rice & Oilseeds, Merchants’ Association (GROMA) said that because of the cess, the same product becomes costly at APMC and people purchase it from out of the wholesale market. “We are not against the decision as we have always supported the welfare of farmers,” said Bhanushali.

However, Bhanushali says that the decision has severely impacted their business, and traders are incurring huge losses. He added that the problem will become more severe in days to come when the market will function in full capacity after the easing in lockdown.

“Since the APMCs are still under the state government and the recent amendment in the Essential Commodities Act is separate from the model APMC Act, the state government can make a decision in waiving off the cess,” said a trader from the Grain market in APMC Vashi. The purpose of the central government is to enable farmers to get better price of their products. However, traders claim that they need a level playing field to remain in the market.

Bhanshali said that they received a positive response from former chief minister Devendra Fadnavis and senior BJP leader Prakash Mehta. “They assured us that they put the issue before the chief minister of state and NCP chief,” said Bhanushali.

A senior official from the APMC administration said that the purpose of the amendment is to provide barrier-free interstate and intra-state trade outside the APMC. “Now, the private player can directly buy produce from farmers in large quantity and farmers will get the actual price of their produce,” added the official.