Security was beefed up on Monday outside industrialist Mukesh Ambani's south Mumbai residence after a taxi driver informed the police that two suspected passengers carrying bags with them had asked him about the location of 'Antilia', an official said.
Sachin Gaad 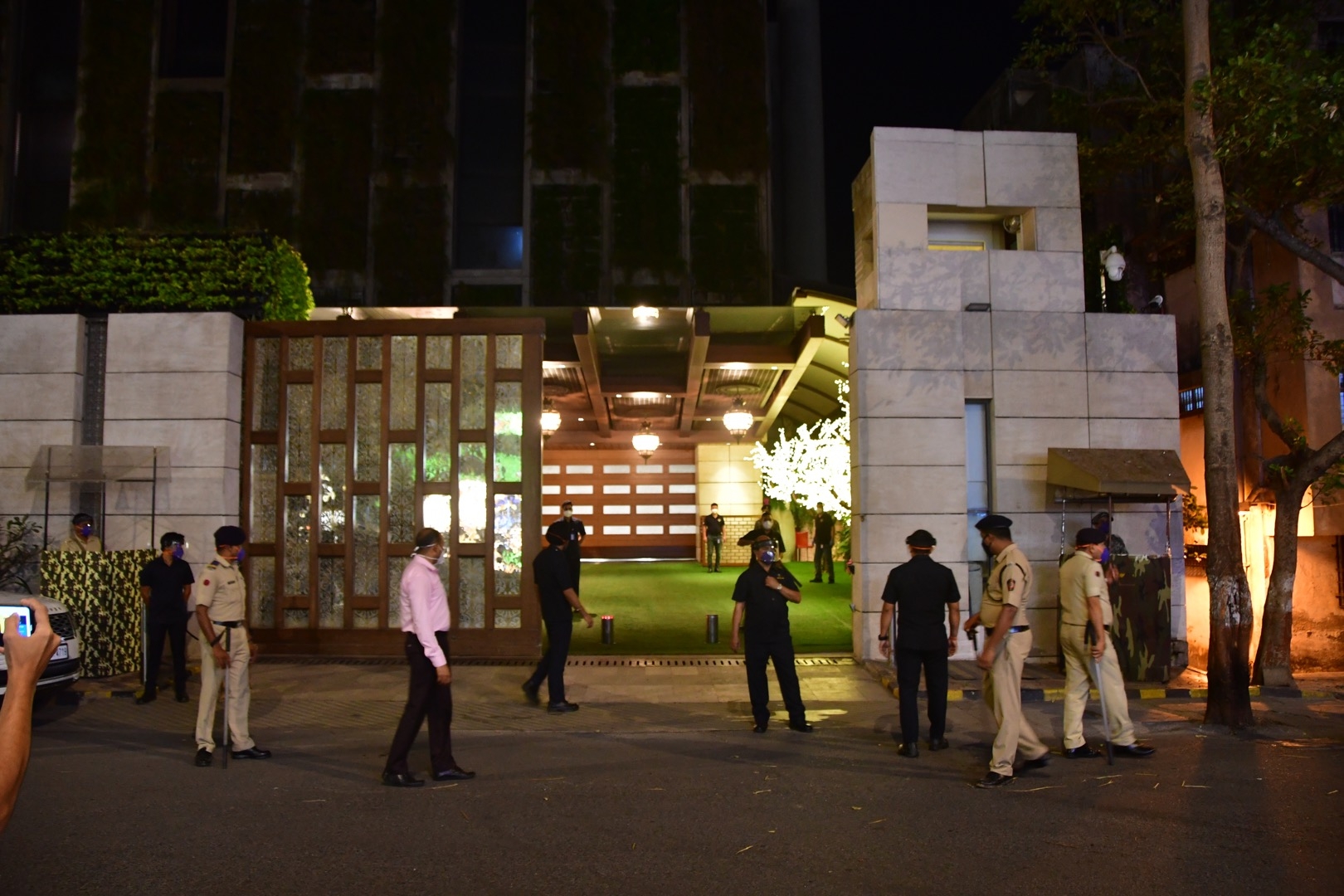 Hours after a taxi driver alerted Mumbai police about a possible threat to Antilia, the residence of industrialist Mukesh Ambani, the Mumbai police has traced the vehicles and its occupants who asked the location of Antilia. Following the alert security of Antilia has been beefed up as a precautionary measure.

According to police officials, we have inquired with the three persons travelling in the car and ruled out anything suspicious. The two passengers of the car hail from Gujarat and came to Mumbai recently, they were staying at their relative's place in Navi Mumbai, said police.

On Monday they asked their friend who is a driver with a cab aggregator to take them to Mumbai. After visiting a couple of places here their map on their phone developed a problem after which they asked the taxi driver for a way to Antilia. Finding their movement suspicious the taxi driver dialled the police control room and alerted them.

The police tried to trace the vehicle with the number provided by the driver however it was an incorrect number, said police. The police then identified the car with CCTV footage and trace the car to Navi Mumbai. The three occupants of the car including the driver were later brought to Azad Maidan police station for questioning.