The court was scheduled to listen a hearing in the case of Sachin Waze whi is currently in jail under judicial custody.

The court had, on June 9, granted an extension of two months to the National Investigation Agency (NIA) to file its charge-sheet. The probe agency has sought another extension, saying investigation into the high-profile case was still under way. On Tuesday, the NIA had argued in the court on its plea seeking one-month extension to file the charge-sheet. Waze has sought bail on the ground that the probe agency has failed to file the charge-sheet within the stipulated time (90 days), making him eligible for bail by default.

The former Assistant Police Inspector was arrested on March 13 and is currently lodged in the Taloja central jail in Navi Mumbai. Waze, on Wednesday, argued for his bail in-person from the jail through video conferencing. Citing an order in a case where he was an investigating officer, Waze submitted in the court that the when a person is arrested, the original offence under which he was booked is counted for filing the charge-sheet and not the charges added at a later stage.

In Waze's case, he was initially arrested under relevant sections of the IPC and provisions of the Unlawful Activities (Prevention) Act (UAPA) were added against him later. Therefore, the stipulated period of 180 days for filing a charge-sheet under the UAPA was not applicable to him, he argued. He was, thus, entitled for default bail on the 91st day of his arrest under CrPc section 167, Waze submitted. 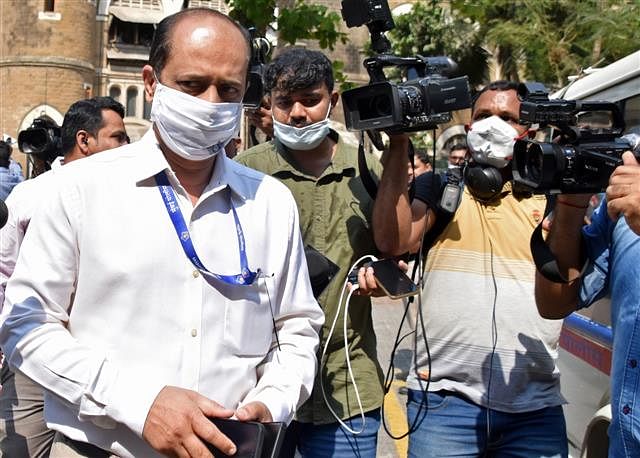