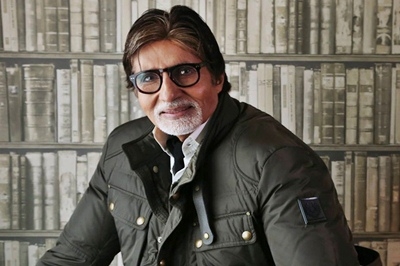 The two buses – bearing the imprints of tigers and lions – will be used for the tiger and lion safaris that are the highlight at the park in Borivali East.

The event is part of the ongoing Wildlife Week Celebrations held in the first week of October annually (October 1-7), and is Bachchan’s first engagement after he agreed to become the tiger ambassador for Maharashtra’s tiger conservation projects.

The state has notched up a steady increase in the tiger population in recent times, climbing from 169 in 2010 to 190 in 2014 due to various conservation measures implemented by the forest department. The camera trip assessment of this year reveals an even higher figure of 203 of the large striped cats in the state’s forests and wildlife reserves.

Bachchan as the tiger ambassador is expected to give a tremendous boost to the state’s efforts in conserving tigers and boost the morale of the frontline staff of the forest department.

The lush green forests of Sanjay Gandhi National Park (SGNP) – considered the only national park in the world located within a city limit – is spread across 103 square km on the northern corner of Mumbai.

It is the green lung of Mumbai with a rich repository of flora and fauna, 170 species of butterflies, including the world’s largest Atlas Moth with a wing span of over 12 inches, 35 mammal species, 78 reptiles species and 1,300 species of trees.

The SGNP is also home to at least 35 leopards, with the highest density per sq km (1 leopard per 3 km) in the world, as per a census conducted by the Wildlife Institute of India, Dehradun, besides housing three freshwater lakes which supply drinking water to Mumbai.

On August 11, Bachchan accepted the invitation of Maharashtra Forest Minister Sudhir Mungantiwar to become the tiger ambassador and this would mark his debut engagement in the post.

The concluding function of the Wildlife Week will be held in Nagpur and it will be presided over by Chief Minister Devendra Fadnavis.