Yesterday night a bus was attacked when it was proceeding for Amarnath Yatra they were going from Srinagar to Jammu when they became the target of the terrorist attack.

This was a horrifying incident and many politician and celebrities showed there concern over the attack, but people in Mumbai from Muslim Community removed a stage demonstration to condemn terror attack which took yesterday. Protest was held at Minara Masjid and hundreds of people were seen participating in the movement. 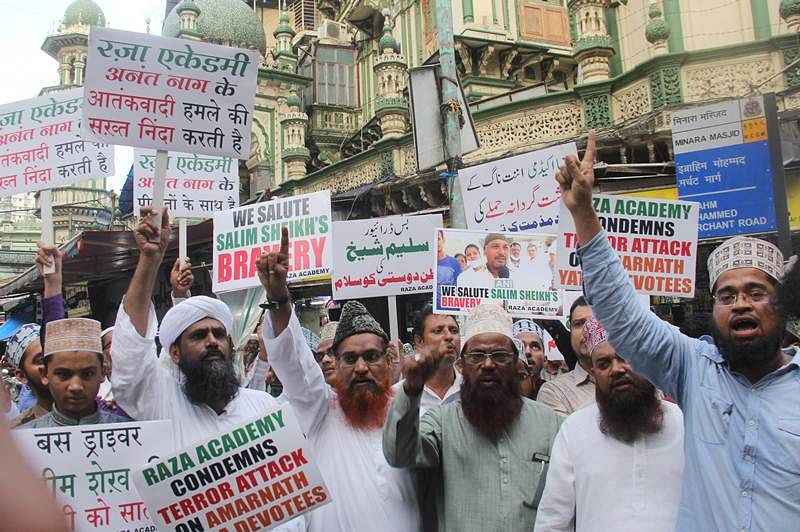 Terrorists killed seven Amarnath pilgrims, including six women, and injured 19 others as they struck at a bus in Kashmir’s Anantnag district, in the worst attack on the annual pilgrimage since the year 2001. Five of those killed were from Gujarat and two from Maharashtra.