While the MNS leaders are meeting on Tuesday to decide their strategy, including calling a bandh.
FPJ Political Bureau 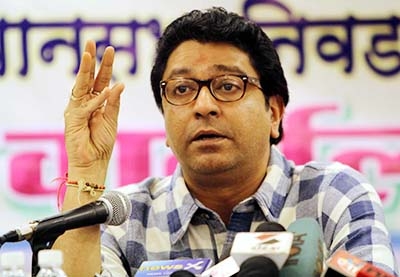 Mumbai: After the Maharashtra Navnirman Sena chief Raj Thackeray was served a notice by the Enforcement Directorate (ED), the MNS has called a special meeting of its leaders on Tuesday to decide the future course of action.

All eyes are on what will be the reaction of the MNS? Will it call a bandh in Mumbai or will Raj Thackeray simply visit ED office?

While the MNS leaders are meeting on Tuesday to decide their strategy, including calling a bandh, Chief Minister Devendra Fadnavis has warned the MNS of the dire consequences if it resorted to protests that inconvenienced the public.

The ED has summoned Raj Thackeray on August 22 and will interrogate him on Kohinoor Mill No. 3 case. The agency has issued summons to the MNS chief Raj Thackeray in connection with a money laundering probe, evoking sharp reactions from the party, which termed the action as political vendetta.

The development comes days after the the MNS chief’s meetings with Opposition leaders like Sonia Gandhi and Mamata Banerjee on his demand for replacing EVMs with ballot papers. The MNS has convened a meeting of party office-bearers on Tuesday in Mumbai to discuss the issue.

Why Raj under ED lens?

Political experts are wondering about why Raj Thackeray is being summoned just two months before the Assembly election. Many possibilities are being predicted.

First is that the Bharatiya Janata Party is afraid of his speeches against the ruling saffron alliance, which may damage their chances in the Assembly poll.

The ED notice is a warning to him to keep a low-profile to force him to join hand with the BJP. Second possibility is the BJP wants him to make the hero who will get benefit sympathy of the Marathi manoos. This way the BJP can dent in the core vote-bank of the Shiv Sena.

As there are strong indication that the BJP and the Shiv Sena will contest against each other, Raj will cut Sena down to size. In the 2009 Assembly election, Raj had helped the Congress and the Nationalist Congress Party by splitting the Shiv Sena vote-bank.

If the BJP want to make Raj Thackeray a hero, there will be a big protest and show of strength by the MNS, and Raj will be accompanied by a huge crowd as done during the Congress regime. The intensity of the protest by the MNS and its handling by the government will hint the political strategy of the BJP.

The Free Press Journal first reported the news of Raj Thackeray to be summoned by ED on August 1. FPJ has informed the readers about possibility of ED notice and summons.