MUMBAI: Following the dust storm on Sunday, financial capital's air quality index (AQI) crossed 500 on Monday morning, settling in the ‘severe’ category of the AQI, as per the System of Air Quality and Weather Forecasting And Research’s (SAFAR). Even as the AQI dropped to 453 by evening on Monday it remained in the severe category and worst as compared to other cities like Pune, Ahemdabad which too were hit by the dust storm.

According to Dr Gufran Beig, founder and project director of SAFAR, under the Ministry of Earth Sciences said that Mumbai's air quality slipping to severe is unusual and unprecedented. "As predicted by SAFAR, Mumbai's AQI deteriorated and on Monday, the city recorded the worst AQI in years. In the morning the AQI deteriorated to 502 (Severe). We have not recorded AQI this bad ever, at least since Safar started monitoring and recording AQI. However, as the impact of the dust storm will lessen, the AQI too will improve. By evening AQI was still severe however it is improving gradually," said Beig.

Beig further said that even though the impact of dust storms was relatively less in Pune as compared to Mumbai, however, the Air quality remained poor to very poor.

Of the nine monitoring locations operated by SAFAR across Mumbai (excluding Navi Mumbai), six of them showed significantly worse air quality than the city’s average on Monday recording AQI in the severe category. On Monday evening Mazgaon registered the city’s most polluted air with an AQI of 573, followed by Colaba with an AQI of 513 followed by Malad - 453, Borivali - 451, Andheri - 426 and Chembur - 416 all in the severe category. The remaining locations recorded ‘very poor’ air on Monday included -- Bhandup - 382, Worli - 349 and Bandra-Kurla Complex - 328.

"The dust storm like the one on Sunday is not an unusual occurrence but does happen once in 10-12 years. The last time this occurred over Mumbai and Western India was on March 20 and March 21, 2012. But normally, these occur in the advent of summer. Mumbai experienced a sharp drop in humidity levels and a deterioration in air quality. Humidity dropped as the water molecules were replaced by the dust/sand. Surely the Air Quality Levels become worse and even went to "unhealthy" limits. But this was not due to any toxic gases, or So2 increase or due to pollution from smoke. This was not actually "pollution." But dust/sand particles does cause breathing difficulties to people though. The winds subsequently blew off the dust/sand the next day that is on Monday. It was Nature showing strength, and in no way linked to any "Climate Changes", " said Rajesh Kapadia of Vagaries of Weather, a popular private weather blog.

Not only this but Mumbai's AQI recorded on Monday, was worst as compared to other metro cities -- Delhi, Chennai and Kolkatta, revealed real-time data recorded by SAFAR, Central Pollution Control Board (CPCB) and respective state pollution boards.

On Monday evening some of the areas in Delhi remained between poor to very poor including the Anand Vihar area which recorded AQI of 372 ( very poor) followed by Delhi University's north campus - 231 (poor), R K Puram - 244 (poor). Kolkatta's overall AQI has remained in the moderate category with areas such as BiddhanNagar recording an AQI of 189, Fort Williams. - 191, Victoria - 186 and Rabindra Sarovar - 152.Whereas Chennai's AQI overall remained at satisfactory levels in areas around Arumbakkam with an AQI of 58. Manali -48 and Royapuram - 64.

The IMD has also stated that Mumbai rains are likely to be active in the next few days in isolated areas. Skymetweather a private weather forecaster has also predicted the city will experience light rainfall while the minimum temperature is expected to dip further in the coming days. As per IMD's forecast, the minimum temperature is likely to dip to 14 degrees celsius in th next 24 to 48 hours. 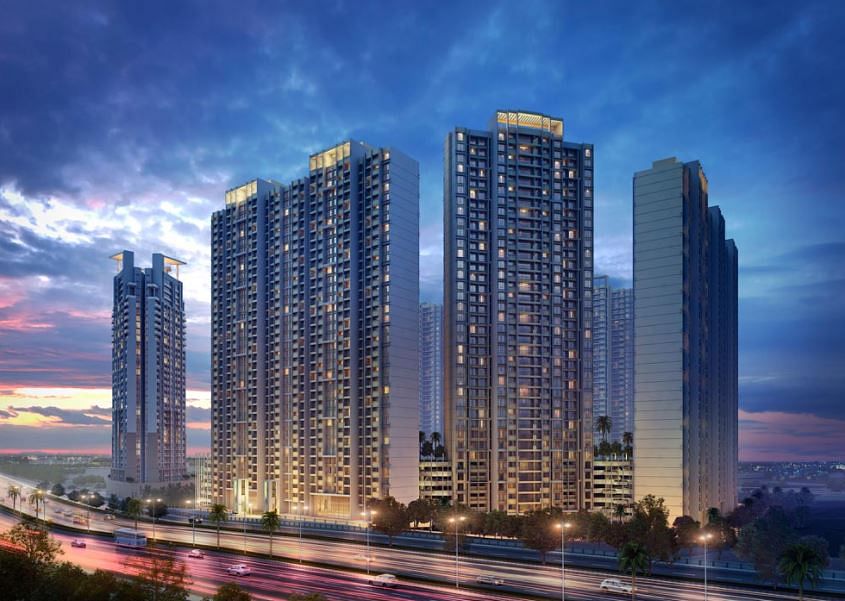