The future of nearly 600 Afghanistan nationals who came to India for higher studies has turned bleak after the Taliban captured their country. Following which all contacts with their relatives, friends and families members have ended and the embassy office which was operational in different cities in India have become inactive due to the change in regime. Moreover, their scholarships have been stopped making their lives more miserable. Further, due to the pandemic, there are no fight services thus making it impossible for them to return back to their country, claimed Afghani students stranded in India.

Safdar Khan, 28, who did his MA from Gujarat University and now staying in Mumbai while speaking to the Free Press Journal said, "My visa is expiring in April and after that, I don't know how I will manage things here. Due to a students visa, I am not getting a job anywhere. Though I am a qualified individual, my situation has turned bleak. Covid has further worsened the situation. My savings too are getting exhausted. My scholarship has been stopped. I used to get Rs 10,000 scholarship till August last year, but now I have to spend from my pocket on rent and food. My family cannot send me money as the transaction between India and Afghanistan has been stopped."

Khan was working in the Afghanistan assembly and had come to India for higher education.

"The Indian Ministry of External Affairs (MEA) should help us. They must have signed some pact with the previous Afghanistan government. Just because Taliban has come in power, all previous agreements cannot be dismissed," asserted Khan. When asked would he like to return to his country, he immediately replied with hesitation, "I will be killed there. If they get to know I have come from India I won't be spared, instead, I wish to live here I would like to be enrolled in some university for some course through which I can stay here for a year or so and later move on to some other place or country when the situation improves at my place," he said.

Similarly, Zarha Rezahi, one among 190 female students who are studying in India, has completed her MA in political science from Mumbai University, but now she finds herself in peril as the pandemic and the current dispensation in Afghanistan has snatched her dreams to do something for her own country. Controlling her emotions, she said that like the other 600 ill-fated students, she also cannot go back to Afghanistan. "We don't see any future immediately in our country. We have pinned our hope on the government of India to extend our scholarship," she said.

While students who had been studying in India and had returned to Afghanistan for vacation before the Taliban took over their country, now want to come back to India to complete their studies. They have been doing correspondence with the Indian government; however, have not received any proper response. A copy of the letter is with the Free Press Journal. The letter written by a PhD Scholar student who secured admission in Mysore University named Onib Dadgar, a resident of Nangarhar province- Afghanistan reads, "On August 15, 2021, the Taliban captured our beloved nation for the second time. There are over 2500 Afghan students enrolled in Indian universities awaiting the issuance of visas so that they can return to India. The details have been shared by our Ambassador to India, he has requested the ministry of home affairs (MHA) to expedite the issuance of visas to these students who are in Afghanistan. India’s policy to issue visas to Afghans has changed after the Taliban took over our country. We students are neutral, we are not involved in politics. We really don’t know why the Indian government is refusing us? Changing the system should not harm our lessons."

The Free Press Journal had previously also reported about the grievance of Afghanistan students studying in India, who are hoping to get some relief from the Indian Council of Cultural Relations (ICCR) financially. The ICCR official was quoted then, “Right now no slots are available so ICCR is not able to do anything." In fact, this newspaper had also spoke to the General Consulate of Afghanistan in Mumbai, Ms Zakia Wardak who was quoted the then, "The families of the Afghani students who are studying in India are not able to support them financially. A couple of students have not received their scholarships and we are working on it. We have made lists of students who are eligible for the scholarship and within a day or two we will send the list to the central office of ICCR in Delhi." 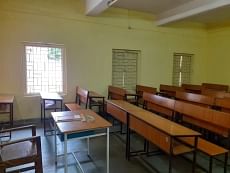 FPJ-Ed: Schools in Afghanistan's Kunduz closed due to political violence