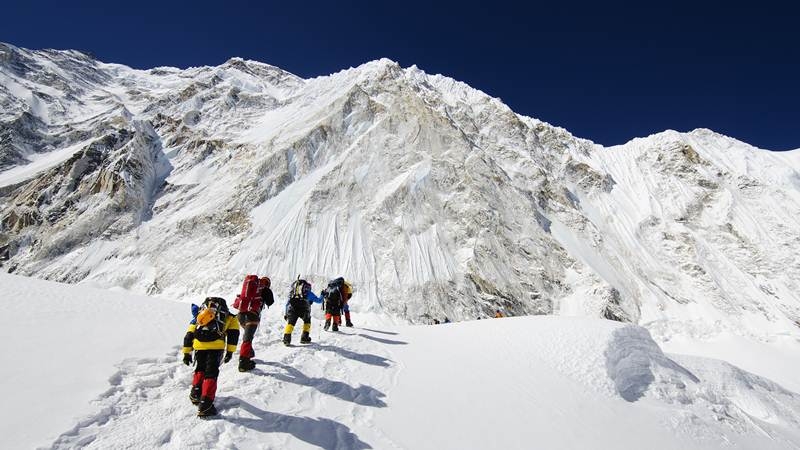 Mumbai: A group of 11 tribal students including four girls from Adivasi Ashram Schools in Maharashtra will embark on an expedition to scale Mt. Everest on Sunday, an official said here on Saturday. Trained by experts to tackle the tough and cold mountainous terrain and genetically gifted with grit and agility, these 11 students will take up the challenge under the state’s ‘Mission Shaurya – 2019’.

Their long and rigorous selection process started in August 2018 at the Gyan Bharti Skill Development Centre, Wardha, where 203 students with a good physique and an adventurous aptitude were trained in basic climbing skills. From them 132 attended a second training camp at Bhongir in Hyderabad to learn rapelling and rock-climbing, out of which 41 were sent on a four-week sojourn to the Himalayan Mountaineering Institute, Darjeeling for high altitude acclimatisation and learning essential survival techniques in the snowy heights.

The 30 who cleared this level were sent to Sikkim for three weeks of intensive training with the Indian Himalayan Centre for Adventure & Eco-Tourism to learn resilience, rescue tactics and camaraderie while summiting the 19,500 feet tall Mt. Lako Kang. The 18 who made it through this were sent for a tough 12 days of training in minus 35 degrees temperatures to Stok Kangri peak in Leh-Ladakh from which the final 11 were selected for the ultimate challenge of attempting Mt. Everest.

This is the second time tribal students from Maharashtra will embark on a mission to conquer the world’s highest peak in Nepal. In May 2018, five tribal students from Chandrapure created history when they peaked Mt. Everest and planted the Indian Tricolour there. Madan said the initiative helps empower the tribal community which would result in immense social gains in the future and wished the 11 youngsters success in their endeavour. Verma said ‘Mission Shaurya’ aims to instil a belief in one’s self and create a positive passion among the tribal children to dream big, boldly seize opportunities and serve the community and nation at large.