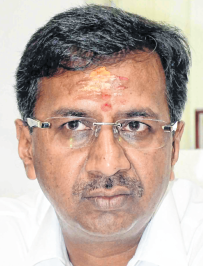 Their unceremonious exit is not the first. In 1996, the then collector and commissioner too had faced similar ignominious treatment following stampede at Mahakaleshwar Temple on Somvati Amavasya that left 35 dead. MANAGED THINGS, BUT TO NO AVAIL Manish Singh took over as 46th collector of Ujjain on May 2, 2018. Prior to it, he was posted in Indore for eight years in various capacities.

A 2009 batch promotee IAS officer, he drew everybody’s attention as municipal commissioner after Indore became the cleanest city of the country. During Simhastha Fair-2016, he was given additional charge of fair officer. Soon after his elevation into IAS cadre, he was posted as collector Ujjain. In the last seven months, he won both accolades and criticism for his working style. He too was on CM’s radar, but had managed a short breather before the January 5 incident.