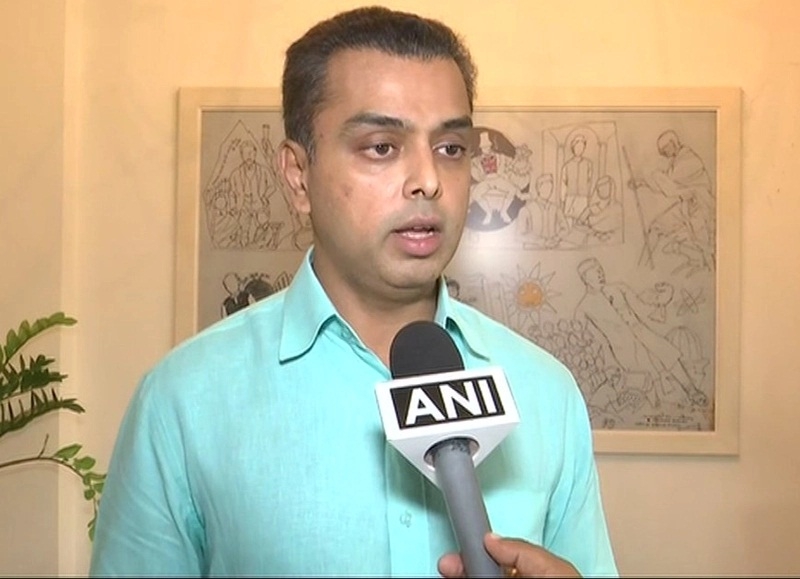 After hitting back at Shiv Sena MP Arvind Sawant by bringing up his criminal charges, the Congress’ Mumbai South Lok Sabha candidate Milind Deora has now lodged a complaint with the Election Commission (EC) about “cocktail-dinner parties” hosted for campaigning by Arvind Sawant.

In the complaint to EC Milind Deora said, Raj Purohit, BJP MLA from Colaba, organised a cocktail dinner for campaigning of Sawant at one private club in south Mumbai on April 21. It is very shocking that to discuss the election-related matter, political parties are organising cocktail-dinners and this falls under the head of corrupt practices as defined under People’s Representation Act, 1951.”

The video of the event was shared by the election campaigning team of Milind Deora. In the video, it was seen that Aaditya Thackeray and Arvind Sawant were sharing dais and Thackeray was addressing people.

Deora also alleged that a similar event was organised for residents of Imperial Building in Tardeo at its club house. This event took place on April 20 and was attended by Shiv Sena MP Arvind Sawant and Aaditya Thackeray. Deora has also sought details of expenses of both events and said that it should be included in Sawant’s campaign expenditure.