Sanskari much? As ripped jeans tore through national headlines, the sassy ladies of Bollywood kept it classy and put their best pairs forward.

Lately, the good ol’ ripped jeans have been in news for all the wrong reasons. Be it ranting prime time debates or so-called ‘discussions’ on social media platforms, suddenly the jeans became a major talking point in the country. All thanks to the newly sworn-in Chief Minister of Uttarakhand, Tirath Singh Rawat, who kicked up a controversy after making sexist comments on why women should not wear torn jeans. Enraged with Mr Rawat’s comments (obviously!), the women in the country who are no more ‘Abla naaris’ but fierce, bold, strong headed women with conscience, took him right, left and center, how? By posting pictures of themselves flaunting ripped jeans.

Gul Panag, Sona Mohpatra, Navya Naveli Nanda and Shruti Seth were some of the celebrities who joined the digital furor by proudly showing-off their torn jeans. While the ripped jeans controversy sparked a national outrage and the showed that still there’s a need to start a full-fledged conversation about patriarchal mentality, the toxic gender stereotypes and bias against women clothing, we took a look at the female brigade of Bollywood who appeared rocked ripped jeans unapologetically in the public eye.

From Disha Patani to Shraddha Kapoor, from Nora Fatehi to Kriti Kharbanda, these ladies are giving out some serious fashion goals which are apt for the #rippedjeans movement. 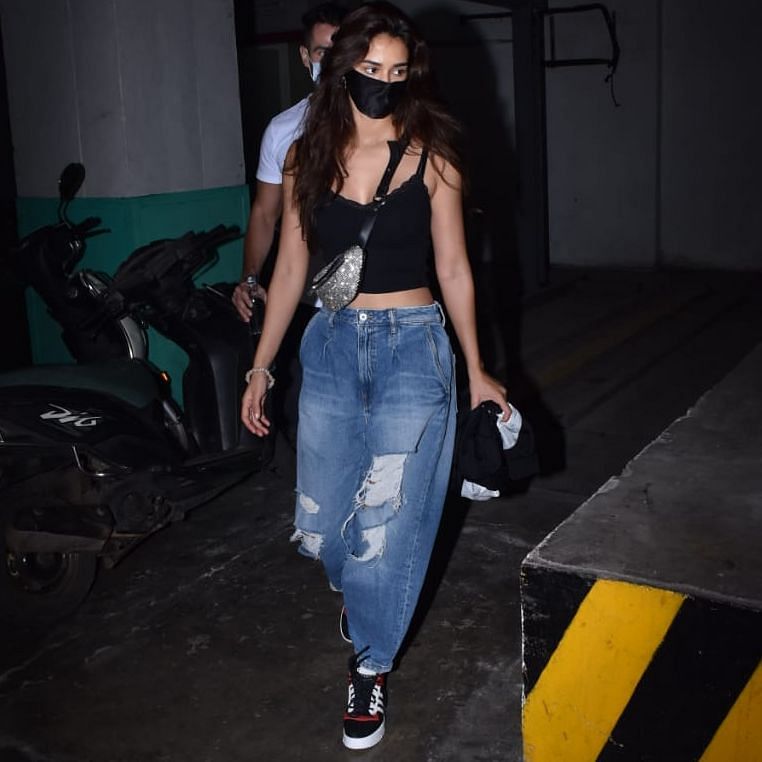 Disha Patani, a diva who never misses a chance to show-off her tomboy side and sports basketball shorts and oversized t-shirts while hitting the city streets, is hands down the queen when it comes to distressed and torn apparels. Disha was snapped wearing blue distressed boyfriend jeans along with a black camisole crop top. She completed her look with sneakers. 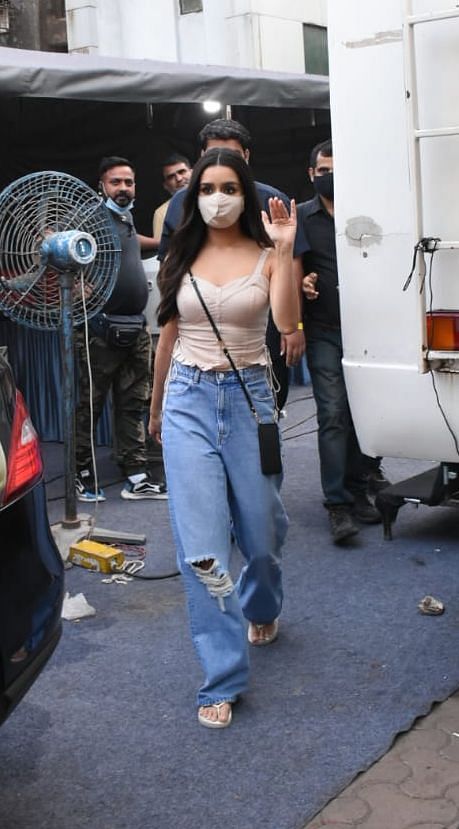 The Saaho star, Shraddha Kapoor definitely knows how to slay in a street-look. Don’t believe us? Then take a look at Shraddha’s ripped wide-leg boyfriend jeans and her chic beige crop top. She kept her look cool with a pair of slippers and small sling purse. So, next time, if you are not in a mood to wear those skinny jeans and high heels, know that a pair of jeans like Shraddha’s and slippers would be enough to set your fashion ball rolling! She sets the stage on fire every time with her killer moves! But Nora Fatehi has come a long way from being just a dancer. And she surely knows how to up her glam game with oomph. Recently, Nora was papped while heading out from a salon. Unlike Disha and Shraddha, Nora chose a blue skinny fit ripped jean and wore a white camisole crop top. Her overall outfit accentuated her curvy figure and she grabbed eye balls with her transparent heels. If you are someone who loves to show off your curves, then pick a ripped skinny jeans over those loose boyfriend ones and slay it like Nora! The Housefull 4 actress Kriti Kharbanda, who keeps her fans hooked with her cute Instagram posts featuring boyfriend, actor Pulkit Samrat was seen wearing ripped denim shorts. Being summer season, Kriti sported a light blue crop shirt with stripes, which gave a cool summer vibe to her look. Ripped shorts, cropped shirt and strappy heels like Kriti, that’s all you need girl and you are sorted for summers! Mommies, assemble! All the mothers who are tired of wearing same old boring and plain jeans, trousers and pants then ripped jeans is what you need to spruce up your wardrobe, after all, why should single ladies have all the fun? Soha was spotted exiting a building in Mumbai after a playdate with her 3-year-old little munchkin, Inaaya. Soha was seen donning a faded ripped blue jeans along with a simple black t-shirt. She kept it simple with a pony tail and white sneakers. This Iranian beauty who has now become a known face of the industry was spotted in Santacruz with her Hello Charlie co-star Aadar Jain and director Pankaj Saraswat recently. Elnaaz preferred a pair of light blue distressed (read ‘extra’) ripped jeans and she looked hot as hell! She wore a white full-sleeve crop trop with a pink bralette underneath, adding on a funky factor to her ensemble. Elnaaz ditched heels for a chunky sneakers. Girls, would you dare to wear a pair of ripped jeans like Elnaaz? Sure you should!

Read Also
Summer school of fashion: Bollywood stars show you how to beat the heat with floral trend