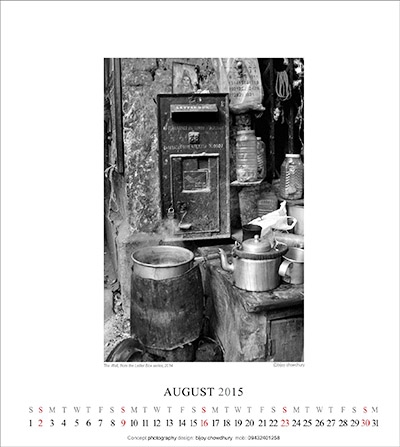 Lensman Bijoy Chowdhury captures the forlorn letter boxes across the city of Kolkata and made them the theme of his 2015 calendar. Text by Sujoy Dhar.

Reading a letter sent by post and dropped by the postman in the afternoon in our humble, rather nondescript old wooden letter box is all nostalgia now. We still have letter boxes fixed at our door or by the side of our gate, but it is no longer a box of wonder and expectations for us, neither does it evoke the same sensation as it used be in the past when a letter was all about sharing our love and longing, joy and sadness, and of our small adventures and misadventures of life.

A neatly folded letter, often written in immaculate language and  with great care of syntax and grammar, used to be a small piece of literary marvel.

Letter writing is considered a dying art form these days. But somehow, despite the onslaught of hurriedly written emails, SMS, and now, free messaging options like Whatsapp, among others, a letter box still survives. Though caught in a time warp, a letter box still has some value in our lives.

So when award-winning photographer Bijoy Chowdhury chose letter boxes hanging on the facades, gates, doors and staircase landing of houses and buildings of Kolkata- especially the olden part of the city- as the theme of his annual calendar for clients and friends, it was like a trip down memory lane for many, especially the transitional generations who moved from writing or waiting for a letter to the present day electronic messages.

“I was inspired by the Ritwik Ghatak film Ajantrik where the vehicle of a provincial town taxi driver (the old contraption was a 1920 Chevrolet jalopy which he named Jagaddal) was a metaphor of human life. The old vehicle losing out to the new cars was not just an inanimate object,” says Chowdhury.

“It reminds us all of our inexorable journey to old age and how we too can become redundant to the new generations. The Letter Box series is also inspired by a lot of nostalgia and my effort to build a bridge between the past and the present,” says the photographer who designs his own calendar every year as his personal communication  to his clients and friends.

Once a letter box was an incubator to our day’s changing moods as it would hold the letter till it would reach our hands. When opened it would either make us jump with joy from a good news, or turn us to brooding state from a serious message or just make us sad from a not so good news.

Many young people also would wait anxiously for the love letters to grab them before they could reach a senior’s hand in the family. After all, love liaison was  not encouraged much those days. A letter box was a part of growing up for the friends would share their small little happiness, sorrows and achievements through letters. 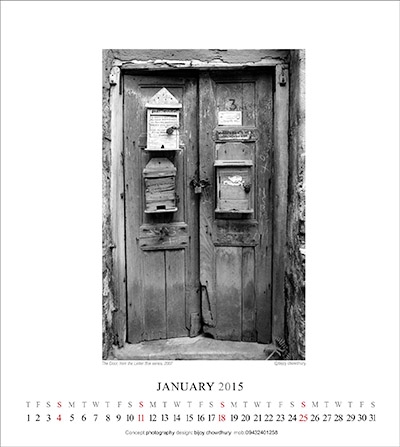 “I remember waiting for my film buff cousin brother to write from Kolkata about what films he watched in the theatres in the 1980s. He would review them and send me a letter with the list of films he watched since they would release first in Kolkata and then get a release in our north Bengal town,” remembers Keka Bose,  a school teacher in Jalpaiguri in north Bengal.

“We would share many things then. Our crushes, wishes and what not,” she recalls.

A yellow postcard, blue inland paper or an envelope containing white sheets filled with words of intense communication between two individuals, letter box kept all our secrets in them till we opened it. The touch of caring fingers was always there- whatever may be the news.

A letter box, however, is still hanging in every doorstep, sometimes with fading or illegible addresses, painted or scribbled over it. On the ground floor walls by the staircase of office buildings they remain hanging  in a row vying for space and attention, or sometimes in a corner with an isolated look writ large over it. 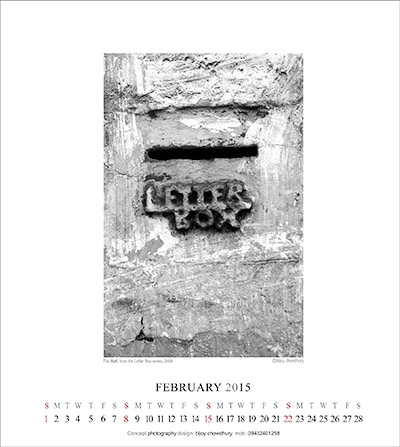 In some cases,  the indifference or its less significance have turned it into a cabinet of a roadside vagabond.

But because letters by post is much less exchanged now, except perhaps for official communication, it does not mean that it has no place in our heart. It still is a part of our life, though it could be more about our nostalgia.

A letter box may hang like an isolated artifact mounted at our door or gate side, and fewer number of letters might peep out of the opening of the box these days.

However, it remains  a mute witness to our inexorable journey called life- especially for the generations that graduated from letter writing in paper to the  gizmo world of computers, laptops and smart phones.