Ganesh Chaturthi 2021: Life lesson from Lord Ganesha we all need to learn

Vighnaharta, the Remover of Obstacles, teaches us about the biggest obstacle of our life in his birth story
Twisha Soni

Every year, on Ganesh Chaturthi we welcome Bappa home with love and joy. It is one festival almost everyone looks forward to— from special delicacies to the feeling of togetherness that it brings, from children to the elderly everyone is enveloped in the festivities.

Ganpati, is the Leader/Lord among all the Ganas, hence the name Gana-pati or Leader of the Ganas. Gana means a group or multitude or categorical system. There are millions of life forms on earth, so instead of appeasing each Gana in order to receive their blessings, we bow to their Lord, Sri Ganesha.

Now, everyone is well-versed with the story of Ganesha’s birth: He was created by Goddess Parvati. One day while keeping guard as the Goddess took bath, he refused to let Lord Shiva in, not knowing that he was his father. Angered by his ignorance, Lord Shiva beheaded the little boy, and later resurrected him by giving him the head of an elephant. At first, the story may seem a bit violent and we may not notice any symbolism hidden in there, but there is more than what meets the eye. He is brought into the world by Devi, the Parashakti (Supreme Energy) and therefore is a manifestation of the Divine. As a manifestation of the Supreme Energy, Ganesha represents the ego-bound Jiva, who fails to recognise the Lord when he arrives. Our egos give birth to ignorance, arrogance and pride, and we fail to recognise God in his various avatars.

Shiva beheaded his own son, because arrogance and ignorance failed to recognise knowledge, failed to see the Lord himself. He did so in order to liberate and awaken the Jiva, and replace the individual, “me”, ego with a big, universal ego which we see when he places the head of an elephant on Ganesha’s torso.

This is exactly what the Remover of Obstacles teaches us: That our egos are the biggest hurdle that prevent us from receiving knowledge, from embracing the Divine and from recognising the Supreme Being.

When the Lord cuts off our egos and replaces it with universal ego, he teaches us to see beyond the limited individual self, and the larger universal self.

So, while we pray to Lord Ganesha for prosperity and wisdom, we must also seek his blessings to embrace a universal ego and connect with the Parashakti. 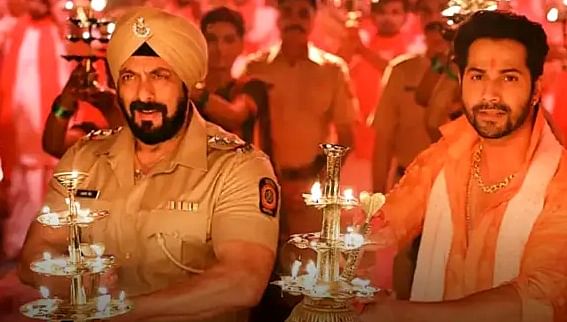