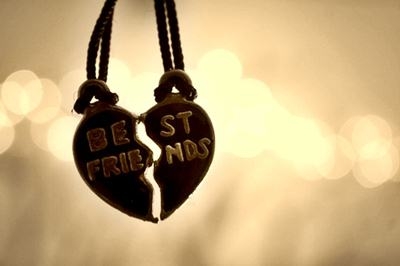 I am 30 years old and I studying and working in Mumbai. I am originally from Calcutta and I have my family there. I have been in Mumbai since two years and I love my studies and life her. I also have my boyfriend in Calcutta. I love him too. We are in a relationship since five years now but after my 12th grade I shifted to Mumbai and our relationship became long distance. Initially we did well, but since a year it’s getting very difficult. He dislikes that I have adapted Mumbai lifestyle working late, meeting friends for long hours and basically becoming independent. He feels he can’t trust me but the truth is that he can’t accept that I have change in some manner, which I ought since in am in Mumbai. I don’t want to lose him. We have invested too much in this relation and I can’t let it go.

Ans: It looks like that when you started dating this boy, you’ll were in school and very young. Now you are doing our further studies after your 12th grade. You are growing not only in age but also maturing emotionally and progressing as a whole human. Definitely external environment around you can be influencing in tuning your personality but major change is that you are entering into a young adult stage from a teenager and there bound to be some changes in you. You will be more independent. Explain him that and try to be patient with him till learns to accepts this change in you. Gain his trust assuring him its only change in your independence and not your love for him. He will come around if he’ll be assured and feel the same love for you.

In the grip of paranoia

I love my wife we have a two years old son. I don’t want any more children and my wife insists that now is the time that we need to plan for the second child. Though we’ve had this discussion and since I was firm in my opinion, we agreed that we won’t have another baby till we both are ready. We don’t use condoms but she says she has her pills regularly and that she respects my decision. But since the time I have got to know of how badly she wished for another baby I am always paranoid that she will trick me and land up pregnant. If I keep confronting her she is going to get angry and it’s obvious that she will find me very accusing without any reason. How do I manage this situation? Please help.

Ans: You just fear too much about having another baby and thus this fear is making you think too much. It’s an obsession of avoiding pregnancy and to curb that you are forced to think in that direction and react with paranoid behaviour. Yes she may find you mistrusting and may dislike that. To get the assurance in your hand its best you start using condoms in order to be protected on your end. Or another option is that you calmly communicate with your wife instead of insisting on your opinion of anti-child, try to explain her your reasons for not planning a baby now like for instance it’s because of  your work or space constraints etc and assuring her that if these concerns of yours are ruled out, you can consider another baby. In this way she will not feel you are completely against it and will empathize with you better.

I’ve been in a relationship for 1.5 years and now I feel it’s reached to a stagnation point. I often feel very stuck and bored of the relationship so I go ahead and ask for space. My boyfriend understands enough and we took a break. Then when I start to miss him in few weeks I feel like getting back with him so I go back and we start dating gradually. This has been going on since eight months and I don’t know where our relationship is heading. I feel guilty of giving him hopes and at the same time feel I am using him. I don’t know how to deal with this.

Ans: You seem to want the best of both worlds. You need to decide what makes you more happy staying off him or with him. Relationships will not be like a movie that everyday there is entertainment. There will be dull phase when routine sets in but that something you need to think about. If getting bored in a relationship is your tendency you need to work on it. Because then it’s not him or the relationship it’s you who needs to change. You need to reflect why does that happen and what will help you to stay stimulated or it will affect any other relationship you have in future.

My best friends and I have been friends since childhood. We are now in first year high school (11th grade) and it’s the first time we are in different schools and courses. It’s this time that we realized we miss each other. Although he says he misses me and all but he also expressed that this has made him realize that he loves me and needs to spend time with me all day. I am not able to give him time due to my course and I definitely don’t want to make this relationship a romantic one. He has been too close as friend to even think in those lines. But if I deny him he gets very upset and I am scared I will lose my best friend. What can I do please suggest?

Ans: This is a situation very commonly experienced, and a best friend remains a best friend.  You don’t worry about losing him. Have a healthy communication with him as to why are you choosing to not have the romantic relationship. Give him time and make him understand the consequences. He may not talk to you for a while but give him time. He may come around. Explain to him that even if you’ll start dating and just in case if it doesn’t work out that would be more awkward than being friends for the longest period of time and being together. If you still feel he may not understand and don’t want him to stop talking to you. Then just keep buying time from him for a while till you think it through.  No one will know you so well and he has already accepted you with all your weaknesses. Give it a shot.