The Centre is expected to apprise a vacation bench of Justices C T Ravikumar and Sudhanshu Dhulia names of the prisons besides Tihar jail, where jailed Chandrashekhar and his spouse Leena Paulose could be shifted

New Delhi: The Supreme Court will hear on Monday the plea of 'conman' Sukesh Chandrashekhar, who is lodged in Tihar jail on charges of money laundering and duping several people, and his wife seeking their transfer to a prison outside Delhi alleging threat to their lives.

The Centre is expected to apprise a vacation bench of Justices C T Ravikumar and Sudhanshu Dhulia names of the prisons besides Tihar jail, where jailed Chandrashekhar and his spouse Leena Paulose could be shifted.

Chandrashekhar, who is accused of bribing Tihar jail officials to the tune of Rs 60 lakh to Rs 75 lakh per fortnight to live in comfort with his spouse Leena, is seeking his transfer to a prison outside Delhi allegedly fearing threat from the prison officials who are under the scanner for favouring him and his wife inside the jail here.

Senior advocate Meenakshi Arora, appearing for the jailed couple, had said that since many prison officials are under arrest for taking 'protection money' from him, the jailed couple is facing threats from other officials, and requested that they be shifted to any prison of the court's choice.

The senior lawyer had said the accused were willing to be shifted even to the Andaman jail.

"List on Monday to enable the respondents (Centre and Delhi government) to take a decision on the appropriate jail to which the petitioners can be transferred," the bench had ordered on Friday when additional solicitor general K M Natraj, appearing for the Centre, sought time for providing the names of the jails.

The Union government had on May 13 assured the top court about the safety of Chandrashekhar.

The Enforcement Directorate (ED) had on April 4 arrested the 'conman' in another money laundering case linked to the 2017 Election Commission bribery instance allegedly involving former AIADMK leader T T V Dhinakaran and others.

The 32-year-old is already in jail after the federal probe agency arrested him last year in a case of alleged cheating and extorting money from some prominent people, including former Fortis Healthcare promoter Shivinder Mohan Singh's wife Aditi Singh.

The accused used the name of the retired judge of this court to get some favour. He forged passes of MPs and car registration numbers and there are a large number of cases against him and the bail was not granted by this court, one of the probe agencies had said.

A number of Bollywood actresses and models have also been questioned in this 2021 case by the ED for their alleged links to Chandrashekhar.

The ED, in April this year, had placed Chandrashekhar under arrest in the 2017 case and he was put in jail a few days back, while a local court later remanded him to the agency's custody, officials said.

Chandrashekar was arrested from a five-star hotel by the Delhi Police for allegedly taking money from Dhinakaran to bribe Election Commission (EC) officials to get the AIADMK 'two leaves' symbol for the V K Sasikala faction in a by-election to the R K Nagar assembly seat in Tamil Nadu.

Dhinakaran, charge-sheeted by police, was also arrested by the Delhi Police after four days of questioning for allegedly attempting to bribe EC officials for the symbol.

The by-election was necessitated by the death of then Tamil Nadu chief minister J Jayalalithaa, who represented the assembly segment.

The EC had frozen the AIADMK's symbol after the two factions -- one led by Dhinakaran's aunt Sasikala and the other by former chief minister O Panneerselvam -- staked a claim to it.

Dhinakaran's close aide Mallikarjuna was also arrested for allegedly facilitating a Rs 50 crore deal between him and Chandrashekar.

Dhinakaran was the treasurer of the All India Anna Dravida Munnetra Kazhagam (AIADMK) and was expelled from the party in August 2017 along with Jayalalithaa's confidante Sasikala. 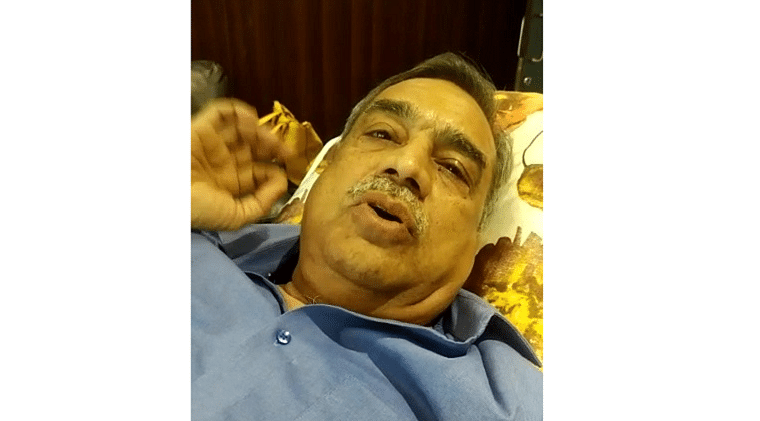