On Tuesday, the Supreme Court will hear the plea of fact-checker Mohammed Zubair challenging the Allahabad High Court order refusing to set aside an FIR registered against him in UP's Sitapur for a tweet in which he allegedly called Hindu seers 'hatemongers'.

Zubair’s plea has been listed before a bench of Justices D Y Chandrachud and A S Bopanna.

His appeal in the top court had said that the allegations of the FIR against him are "absolutely false and baseless". He claimed to be innocent and said that he has not committed any offence.

"The police are threatening to arrest the petitioner (Zubair) and the life and liberty of the petitioner are in danger. The inclusion of this criminal offence in the FIR portrays the cavalier, malicious and arbitrary manner in which the Respondents (Uttar Pradesh Police) have acted against the Petitioner," the appeal stated.

On July 8, a vacation bench of Justices Indira Banerjee and J K Maheshwari had directed that his plea be listed before a regular bench. Issuing notice, it also granted him five-day interim bail on condition that he would not tweet or tamper with electronic evidence.

The journalist is currently in judicial custody in connection with an FIR registered by the Delhi Police for allegedly hurting religious sentiments and promoting enmity through his tweet made in 2018, in which he had shared an image from a Hindi film that showed the signboard of a hotel visibly changed from 'Honeymoon Hotel' to 'Hanuman Hotel.'

Zubair was booked under sections 153A (promotion of enmity between different groups on grounds of religion, race, place of birth, residence, language) and 295A (Deliberate and malicious acts, intended to outrage religious feelings of any class by insulting its religion or religious beliefs) of the Indian Penal Code (IPC), Delhi Police said.

According to Delhi Police, a complaint was received against the co-founder through Twitter regarding a tweet by Zubair. He was called for questioning today after which the IFSO unit of the Delhi Police Special Cell arrested Zubair, police said.

On July 8, Zubair was granted interim bail by the Supreme Court in the UP hate speech case, though he remained in Delhi Police custody. The top court further issued notice to the UP Police on his plea challenging the Allahabad High Court’s order refusing to quash the FIR registered against him. 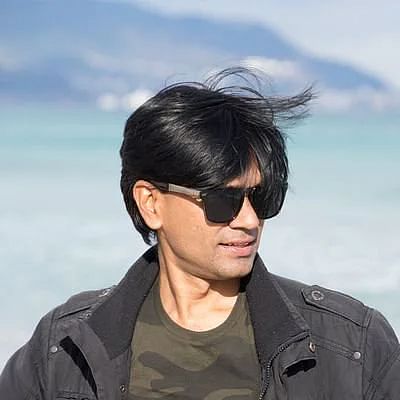