Meanwhile, the Kerala Police has taken two PFI activists into custody for using the boy to lead a rally where provocative slogans against non-Muslims were raised

Kochi: The Kerala High Court on Friday ordered the state government to take strong action against those responsible for a ten-year-old child raising provocative slogans at a Popular Front of India (PFI) rally in Alappuzha on May 21.

The court asked the petitioner if he was referring to the same rally where the boy was seen raising the slogans and when the answer came in affirmative, an angry court said 'what's happening?' and asked strong actions to be taken against the organisers of the rally.

Meanwhile, the Kerala Police has taken two PFI activists into custody for using the boy to lead a rally where provocative slogans against non-Muslims were raised.

The boy, who lives at Thoppumpady near here, has also been identified but the police failed to find anyone in the house as it was locked.

As the video of the incident went viral, there were numerous protests against it following which the police swung into action and the High Court took up the matter early this week.

The boy's father has also been identified as a known PFI activist who had participated in the Citizenship (Amendment) Act protests.

The boy was brought to Alappuzha to take part in the rally by his father and was spotted sitting atop the shoulders of a man called Anzar, and leading the sloganeering.

Anzar, who hails from Kottayam district, is in police custody and so is one of the main organisers of the rally at Alappuzha.

Meanwhile, with the court demanding strong action, it is to be seen whether the police acts before the May 31 Thrikkakara by-election.

A case has been registered against the organisers of the rally for promoting rivalry and hatred among communities.

The PFI has also attempted to downplay the incident saying that the slogans were against "Hindutva fascists" and not against Hindus or Christians. 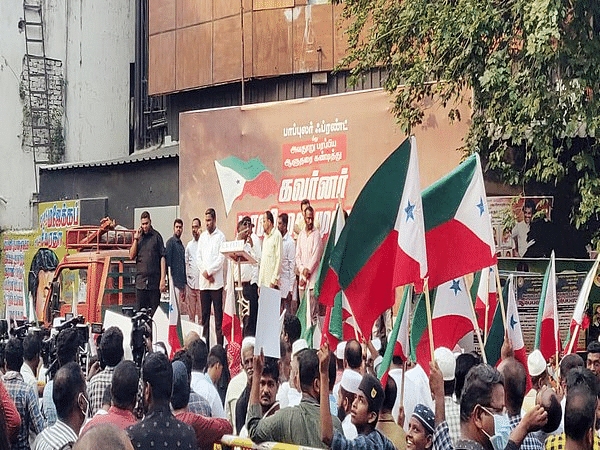