The plea filed by Swami Jeetendranand Saraswati, a religious leader, challenged the constitutional validity of Sections 2, 3, 4 of the Places of Worship (Special Provisions) Act 1991.

New Delhi: A plea was filed in the Supreme Court on Wednesday challenging the constitutional validity of certain sections of the Places of Worship (Special Provisions) Act 1991, claiming that it "barefacedly violates the principles of secularism and rule of law".

The plea filed by Swami Jeetendranand Saraswati, a Hindu religious leader, challenged the constitutional validity of Sections 2, 3, and 4 of the Places of Worship (Special Provisions) Act 1991.

The plea said the sections not only "brazenly" offend Articles 14, 15, 21, 25, 26, 29, but also "barefacedly" violate the principles of secularism and rule of law, which are an integral part of the Preamble and the basic structure of the Constitution.

The plea said the injury caused to the Hindus, Buddhists, Jains and Sikhs is extremely large because Sections 2, 3, 4 of the Act have taken away the right to approach the Court and thus, claimed that the right to judicial remedy has been closed.

Section 4 bars filing of any suit or initiating any other legal proceeding for a conversion of the religious character of any place of worship, as existing on August 15, 1947.

The Places of Worship Act 1991 is void and unconstitutional for many reasons, the plea said, adding that it offends the right of Hindus, Jains, Buddhists, Sikhs to pray, profess, and practice religion (Article 25).
The Act infringes on the rights of Hindus, Jains, Buddhists and Sikhs to manage maintain and administer the places of worship and pilgrimage (Article 26), according to the petitioner.

The Act further deprives Hindus, Jains, Buddhists and Sikhs from owning/acquiring religious properties belonging to deities (misappropriated by other communities). It also takes away the right of judicial remedy of Hindus, Jains, Buddhists and Sikhs to take back their places of worship and pilgrimage and the property which belongs to deity, stated the plea.

"The Act legalizes barbarian acts of invaders. It violates the doctrine of Hindu law that 'Temple property is never lost even if enjoyed by strangers for years and even the king cannot take away property as the deity is the embodiment of God and is juristic person, represents 'Infinite the timeless' and cannot be confined by the shackles of time," the petition stated.

The plea sought direction to declare that Section 2, 3 and 4 of the Places of Worship (Special Provisions) Act, 1991 is void and unconstitutional for being violative of Articles 14, 15, 21, 25, 26, 29 of the Constitution of India in so far as it legalises 'the ancient historical and puranic places of worship and pilgrimage', which, according to the petitioner, are "illegally occupied by foreign invaders." 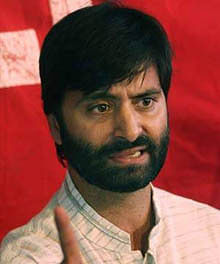