The Supreme Court on Thursday refused to entertain a plea of former Maharashtra Home Minister Anil Deshmukh seeking direction to the investigating agencies to place the records of preliminary inquiry for court's examination.

However, the Supreme Court has allowed Deshmukh to raise his grievance before an appropriate court.

The ED arrested Anil Deshmukh on the night of November 1, in connection with extortion and money laundering allegations levelled against him by the former Mumbai Police Commissioner Param Bir Singh.

Singh had alleged that Anil Deshmukh was involved in several wrongdoings, including asking dismissed Mumbai police officer Sachin Waze to collect Rs 100 crore from bars and restaurants in Mumbai.

Earlier on Wednesday, the Central Bureau of Investigation (CBI) told the Bombay High Court the Maharashtra government is trying "shamelessly" to frustrate an ongoing corruption probe against former state Home Minister Anil Deshmukh and that it does not deserve any relief in the matter.

The central agency urged the HC to not grant any relief to the Maharashtra government, which is seeking quashing of CBI summons issued to chief secretary Sitaram Kunte and current DGP Sanjay Pandey related to its ongoing probe against Deshmukh.

Additional Solicitor General Aman Lekhi, who appeared for the CBI, told a bench led by Justice Nitin Jamdar that the state government failed to initiate a probe into allegations of misconduct and corruption made against Deshmukh earlier this year by former Mumbai police commissioner Param Bir Singh.

Lekhi said the state government was bound by law to initiate a probe.

However, it chose not to do so, and instead, approached the HC seeking, amongst other things, that some portions of the CBI's FIR against Deshmukh be expunged (these related to now dismissed cop Sachin Waze's reinstatement in 2020 and transfers and postings of officers), he said.

"An investigation that was the mandate of law did not take place and that's why the HC had to pass April 5 order," Lekhi said, referring to a previous order of the high court directing the CBI to initiate a preliminary inquiry into the allegations made against the NCP leader.

The 71-year-old politician is currently in jail under judicial custody after being arrested by the Enforcement Directorate (ED) in a money laundering case.

"Because of its incompetence and its conduct, the state of Maharashtra is not deserving of any relief from this court. Maharashtra is persistently and rather shamelessly continuing with its endeavor to frustrate (the ongoing probe) and to ensure investigation doesn't take place," he said.

Lekhi also opposed the argument made by the state government last month, through senior counsel Darius Khambata, that since, the current CBI director Subodh Jaiswal was the Maharashtra Director General of Police when Deshmukh was home minister, he, too, was a potential subject of the ongoing probe.

Khambata had told the HC last month that between 2019 and 2020, when Jaiswal was the DGP, he was a part of the Police Establishment Board and thus, a party to several of the transfers and postings of state police officers that are now being probed by the CBI.

The recommendations for the said transfers and postings were approved by Jaiswal, who was the DGP during Deshmukh's tenure as Maharashtra Home minister, Khambata had said.

However, on Wednesday, Lekhi pointed out that in August 2020, while Jaiswal was the Maharashtra DGP, he had written to the state government seeking a CID probe into alleged irregularities in the transfers and postings of state police officers.

"The CBI director, who was then the DGP, wrote to the state of Maharashtra seeking a probe. He did what was appropriate and what was expected of an ethical police officer," Lekhi said. "If he were guilty, why would he write this letter?" he asked.

The CBI counsel questioned the Maharashtra government's locus standi or, its right to approach the court, seeking the present relief.

Khambata however, said the CBI's probe was affecting the entire state police force, and therefore, the government had a "parens patriae" (power to protect persons who are unable to act on their own behalf) jurisdiction to approach the HC.

"The state of Maharashtra has no intention of delaying, or, scuttling the probe. But the CBI is heavily compromised and the citizens of the country deserve a free and fair probe into the case," Khambata said.

Following an order of the high court issued on April 5 this year, the CBI conducted a preliminary inquiry into the allegations made by Singh against Deshmukh.

The central agency subsequently registered an FIR against the former minister who resigned from the cabinet after the HC order.

In September this year, the CBI summoned chief secretary Kunte and DGP Pandey, asking them to report to its office in Delhi for answering questions related to Deshmukh.

The Maharashtra government, however, approached the HC challenging the summons issued to the two senior bureaucrats.

The HC will hear the plea further on November 22. 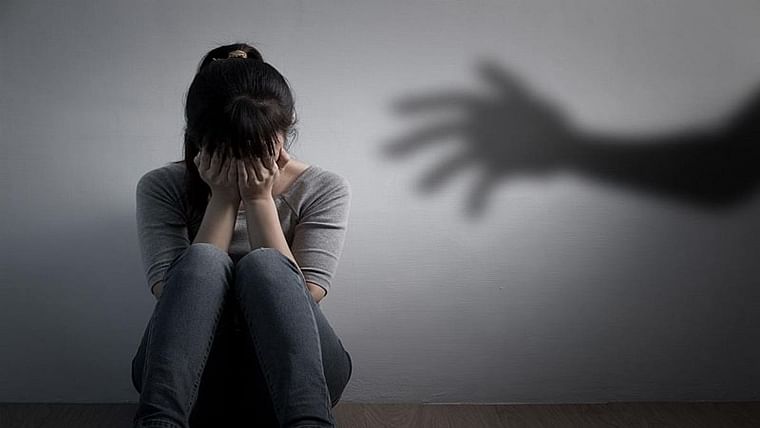