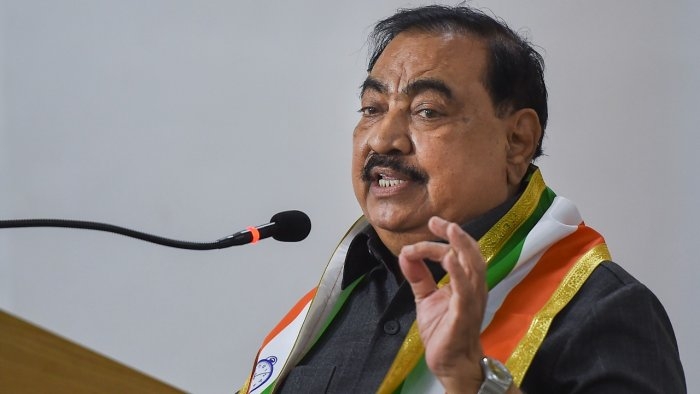 Additional Sessions Judge HS Satbhai called her absence ‘intentional’ and refused to grant further time to her to appear before it, considering her conduct of disobeying its summons and her own undertaking assuring her presence.

Mandakini is an accused in the money laundering case along with her husband and their son-in-law Girish Chaudhari. Chaudhari is in judicial custody in the case. The court had taken cognizance of the chargesheet filed by the Enforcement Directorate (ED) against them and summoned them before it. Despite repeated opportunities, the couple did not appear before the court. On October 6, Khadse’s advocates had produced medical papers to show that he had been admitted in Bombay Hospital for a surgery and hence could not make it. The court had then asked both him and his wife to appear without fail on Tuesday.

On Tuesday, again the couple did not appear before the court. Khadse produced medical papers to show he underwent a procedure and hence was not able to appear. His wife too sought exemption for medical reasons. Judge Satbhai said regarding the medical certificate relied on by her, that it shows general ailments of fever, body ache weakness and called the medical grounds were ‘not satisfactory’.

On October 6, apprehending arrest, Mandakini Khadse had filed an anticipatory bail plea before the court. The court had decided that it would pass an order on the maintainability of her application on October 12, but that she must remain present before it nevertheless. On Tuesday, it dismissed her plea on the ground that it is not maintainable. Khadse is now directed to appear before court on October 21.