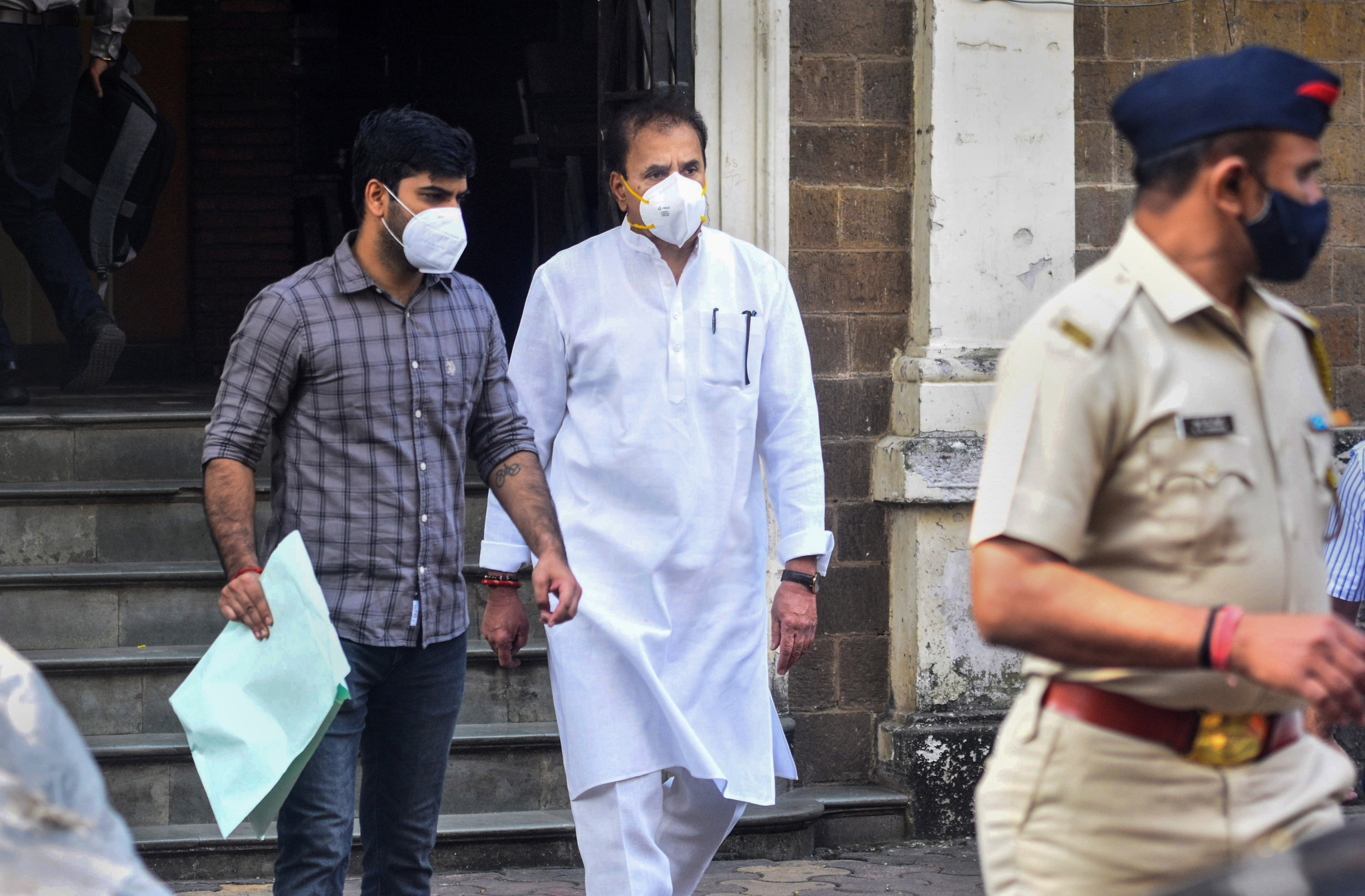 Mumbai: Former Maharashtra Home Minister Anil Deshmukh was the primary beneficiary of the proceeds of crime, the Enforcement Directorate (ED) told a special court, seeking his custody in the money-laundering case it is probing based on corruption allegations of Rs 100 crore against him. The court remanded the Nationalist Congress Party (NCP) leader to the agency’s custody till November 6.

Deshmukh, through his advocates, told the court that the agency’s probe was mala fide.

The NCP leader was arrested by the Central agency on Tuesday at 12.35am, after over 12 hours of questioning. He had evaded summons five times in the recent months, suddenly appearing before the ED on Monday.

The agency, in its remand application, told the court that based on the probe conducted so far, it has found that Deshmukh had directly involved himself in the offence of money laundering. Allegations of the collection of Rs 100 crore have been made in the case, it told the court and the entire money trail needed to be established to bring the guilty to book. The involvement of a foreign angle could not be ruled out at this stage, it added.

The ED sought 14 days’ custody to interrogate him and said that he had emerged as an important cog in the wheel. His interrogation, it said, was necessary to arrive at a logical conclusion in the case.

The agency said it had reason to believe, based on its probe, that Deshmukh was guilty of the offence of money laundering and that his interrogation was required to get to the bottom of the nefarious deals entered into by him through a complex web of companies.

Further, it said, that it was very clear that he had played a ‘very crucial’ role in the offence of money laundering. Also, that he is not cooperating with the investigation.

The ED’s remand plea said that in 2008, a company named Zodiac DealcomIn 2008, a company named Zodiac Dealcom, a private limited firm controlled by the Deshmukhs had raised bogus share capital from 18 Kolkata-based shell companies and a total security premium of Rs 9.82 crore was raised. In 2010, the company was taken over by the Deshmukh Group of Companies, the ED said. A probe had revealed that Zodiac Dealcom had converted Rs 10 cr in cash as share sale at premium and that the company had no other activity other than banking transactions.

Deshmukh, the ED’s remand plea stated, by virtue of his earlier position as the state’s home minister, has received amounts to the tune of approximately Rs 4.70 crore, collected from orchestra bars for their smooth functioning. A part of the said bribe money was used by him through his son Hrishikesh Deshmukh for providing cash to Delhi-based paper companies. After layering, the same was routed to the Shri Sai Shikshan Sanstha Trust in the garb of a donation. The trust, it said, is formed, managed and controlled by Deshmukh and his family members.

The agency also told the court that the sale deed of the Worli flat owned by Deshmukh’s wife Aarti Deshmukh, which it alleged to be a proceeds of crime, was done in February last year when Deshmukh was the state home minister, though the cash payment for the property was done in 2004.

Appearing for Deshmukh, his advocate Vikram Chaudhari, assisted by advocate Aniket Nikam, argued that the agency had submitted before the Bombay High Court and the Supreme Court that Deshmukh was at worst a suspect, and not an accused in the case. “The ED created a ruse that they are examining with an open mind. A false impression was created when the sole intention was to invade my liberty. What has changed that you changed my status from a suspect to an accused?” advocate Chaudhari argued. He further said that the ED’s probe was mala fide and that an investigating agency should act in a transparent manner and not with any vested interests. Chaudhari told the court that Deshmukh was exercising his constitutional remedies by approaching different courts and that he was not absconding. Though the HC had given him an opportunity to approach court to seek anticipatory bail, he went before the ED to cooperate with the probe, the advocate told the court further.

Dismissed policeman Sachin Vaze, also a key accused in the Antilia security scare-Mansukh Hiran murder case, was named a key accused in the offence in the chargesheet filed by the ED. It is through him that Deshmukh would allegedly collect money from businesses that were later laundered. Deshmukh’s close associates and personal secretary Sanjeev Palande and personal assistant Kundan Shinde are in judicial custody in the case. Their bail pleas are yet to be decided.