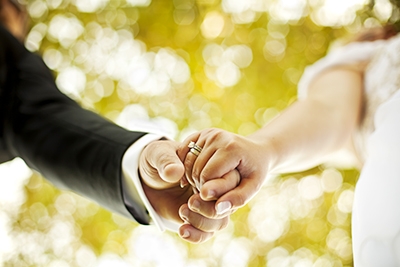 The Bombay High Court at the Nagpur seat refused to quash an FIR against a man, booked for raping and cheating the woman, with whom he was to marry. The HC noted that the man initially agreed to marry the woman but refused to do so after establishing sexual relations with her.

A bench of Justices Atul Chandurkar and Govind Sanap was hearing a plea filed by one Navneet Bangalkar, 29, a resident of Bhandara. He was booked under charges of rape and cheating in August this year.

Prior to the fixed date, Bangalkar arranged a party at a resort to celebrate his fiancee's birthday. There, he got drunk and entered the woman's room and had sexual intercourse with her against her consent. He allegedly convinced her that they are anyways going to marry soon and thus there shouldn't be a second thought in establishing sexual relationship.

However, from the next morning onwards, Bangalkar started avoiding the woman and after a few days refused to marry her.

In his defense, Bangalkar contended that he was not willing to marry the woman as she used to often quarrel with him over pitty issues. He even claimed that they weren't compatible to each other.

Having noted the submissions, the bench said, "In our opinion, this defence of the accused cannot be considered at this stage, as it prima facie would indicate that this change of mind by the accused not to marry with the woman occurred after having established sexual relations with her."

"If really there was issue of compatibility then in that event, the accused would not have consciously decided to marry with her. In our opinion, this conduct of the accused coupled with the relevant facts narrated in the FIR would indicate that he under the guise of false promise to marry in future with her, established sexual intercourse with her," the bench noted.

"In our view, the conduct of the accused would clearly show that his intention and motive was sinister. He established the sexual intercourse against her will by obtaining her consent under the promise to marry," the bench said, adding, "In our view, such a consent could not be said to be free consent."

"The consent given under the misconception of fact could not be said to be free consent. The prima facie analysis of the material placed on record clearly indicate that no case has been made out to quash the FIR," the bench held.